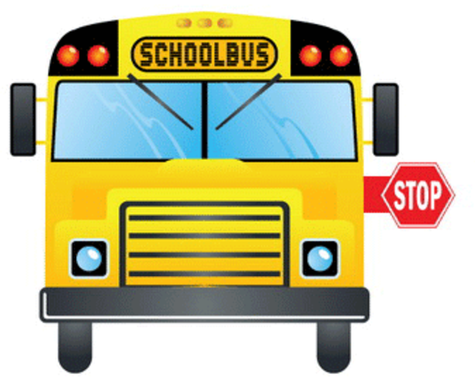 What is the historical background of this law? This law is to ensure the safety of children (grades K-12), bus drivers, law enforcement, and other community locals safe on the road by installing cameras on the outside of the school buses. This bill was previously proposed twice to the state of Indiana, however, denied that schools must pay for cameras if they wished to out of their own expenses, as they are not considered "necessities". They were also denied twice due to "privacy reasons".

What is our goal for this policy? We are Social Work major students at IU Northwest. Currently, we are in a Social Welfare Policy course that focuses on understanding, analyzing, and advocating policies that can enrich our communities. Our final group project is based on policy research and advocacy. We selected the HB 1333 because we thought it was such an important piece of legislation that needed to be considered and ultimately passed on both a micro and macro level. In doing this project, we thought what better way to educate ourselves & have a hands on experience with a local community as an example? Our main reasoning for wanting this bill to be passed is to promote safety in our school zones and even outside into our communities. These cameras would act as monitors to catch violators driving past the school bus arm extension and disregarding the children entering or exiting the buses. A few benefits of having these cameras installed other than safety of the parties previously mentioned, but to catch violating drivers in the act of disregarding the arm stop sign and having those drivers ultimately pay a fine. The fine then may go to the county as well as the school itself.

What is our plan of action? Although we were unable to get on the next school board meeting in Valpo, we have a chance at meeting with the Valparaiso Community Schools administration to discuss our concerns. In our presentation, we plan to emphasize the importance of education for the Valparaiso community of this law that has yet to pass and to try to implement Valparaiso schools as a trial for installing cameras on the outside of the arm stop of school buses. We have also spoken with the Director of Transportation along with the Valparaiso Police Department and wanted to express their concerns with the importance of this bill ultimately passing. In the meeting with administration, we plan to address gathered data and research, along with personal testimonies of success of this proposed bill that has been passed in other states, along with discussion on funding for this trial.

Why is it important for me to sign this petition? Unfortunately, there have been many injuries as well as fatalities of children nation wide just from people disregarding armed stop signs from these buses. Parents have lost their children for something that could ultimately be avoided just by having the knowledge and understanding of the law. We believe that this is a major traffic violation and people should be fined just like speeding, not wearing a seat belt, etc. We need you to sign to let us know that you want to not only see your roads safe, but keep your kids safe so that they can come home to you at the end of the day. This petition will let us know just how much the Valparaiso Community needs their school bus safety concerns as a top priority for their kids. In by doing so, we can address the board and hopefully the city of Valparaiso our proposal to receive additional funding for camera installations. By using the city of Valparaiso as a trial, if successful, this potentially be the right path to making this policy on a nation wide regulation. If you wish to support our proposal, please sign & share with your family and friends.