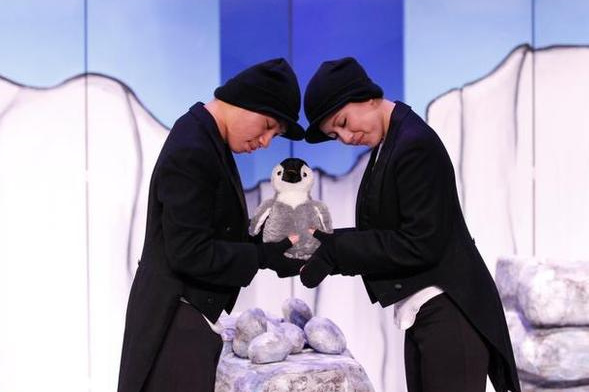 Bring And Then Came Tango to Mariposa

Mariposa wants to see And Then Came Tango,performed by the Fresno State Theater Arts Company!

And Then Came Tango is an adaptation of a book, And Tango Makes Three, that tells the story of two penguins, Ron and Silo, who united together and formed a relationship, hatching an egg and raising a baby penguin together.

There has recently been controversy surrounding the play being performed at Sierra Foothill Charter School.The play was banned by the school board, even though it has been performed at numerous schools across the central valley with no issues. While it is the right of concerned parents to feel the play is inappropriate for a school setting, there are many more parents and children that are disappointed that they will be losing the opportunity to watch And Then Came Tango. A letter has been written to the Fresno State Theater Arts Department requesting a performance of the play in either Catheys Valley or Mariposa.
By signing this petition, you show your support for bringing this play to a public setting where it can be viewed by any and all who believe it is appropriate.

EDIT: Fresno State has graciously declined to perform the play, stating that since the term ends next week there will be no time for the student actors to perform outside of clasroom hours.
Thank you everyone for your signatures. if you wish, you may continue to share this and collect signatures to show your support.