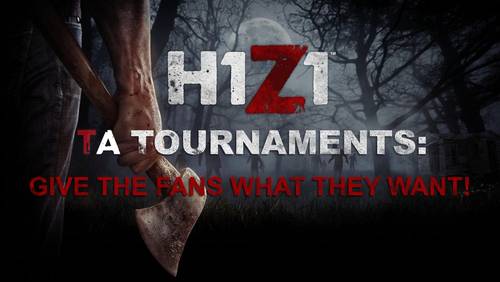 Let the fans watch the tournaments from the POV of their favorite streamers!

As a fan of H1Z1 and TA Tournaments, I want to be able to watch the tournaments from the point of view of my favorite players. I want to hear the banter, the disappointment in defeat and the elation in victory that is only available via their stream.

I want to be able to stream multiple team POV's along with the official shout cast for a completely immersive experience. The shout cast should be able to use the streamers channel to offer a unique point of view. If everyone has the same delay on there will be no downside. It's a win-win for everyone.

Please sign this petition and let TA Tournaments know that we, the fans, want this!