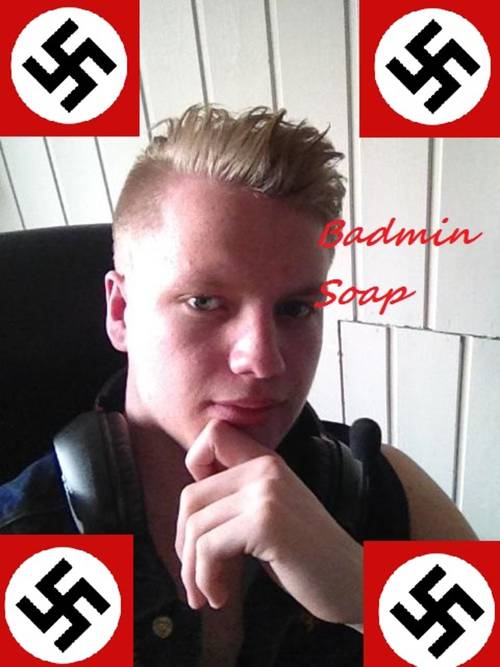 Permanently prevent Soap from ever becoming an admin again on Knighthood

A Short Background into this Reasoning

My name is Ben Coffey. I am a victim of the abusive nature that Soap so inherits. Ever since I was but a mere scrub quest or trial on the Knighthood, Soap had abused his rights as admin at the time by constantly changing my name, my description and place me in different channels. I learned to live with this, as an Irishman who had dealt with 'proddies' such as Soap for 800 years.

It was only when the staff of the Knighthood mutually decided to remove Soap from the Knighthood as admin that balance was restored to the server. Finally, we were able to rebuild our lives and reclaim what was unlawfully taken from us by Soap.

It did not last long as Soap, being a white boy with money to spend, founded his own server where he could once again inflict his bourgeoisie-styled British propaganda upon us. I, being the kind soul I happen to be, agreed to help Soap and set up his TeamSpeak for him. I saw change in him and honestly thought that he may not be the 'proddie' I first saw him to be. Alas, that was but a dream, a figment of my imagination as if I wished to see change within the young chap.

On 22/02/2016 Soap abused not only his admin rights but his owner rights also. Once I had completed the laborious task of setting up his server, he immediately revoked my admin perms and banned me from the server even when we had decided that I would remain admin. Nevertheless, it was clear that Soap was not to be trusted with any form of power.

I have made this petition to publicly declare my distaste of Soap's actions and I know that many others do also. Do please sign and prevent this heretic from ever having power in a community we all hold dear to our hearts.