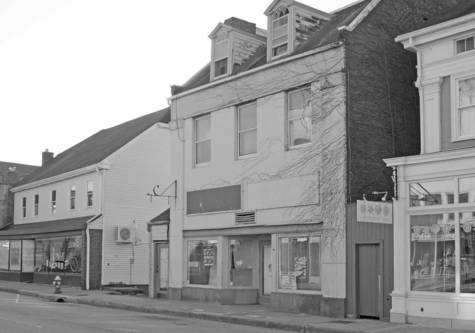 We, the undersigned, urge the Connecticut Historic Preservation Council to oppose the demolition of 116 and 130 Bank Street, New London, Connecticut.

Downtown New London is fortunate to have a largely intact historic waterfront. Together, the buildings along Bank Street embody New London's history as an early maritime town. The loss of these two adjacent buildings would permanently damage downtown's unique character and charm.

116 Bank Street "is very old, and was probably erected soon after the town was destroyed by the British," according to "Bank Street 50 Years Ago," published in 1902. 116 Bank Street is currently occupied by a successful small business, New London Ink.

130 Bank Street dates back to 1828. It was owned by Captain John Deshon, who became a sea captain in 1798 when he was twenty-one years old and whose family was prominent in New London's whaling industry. Although 130 Bank Street suffers from deferred maintenance, a structural engineer who toured the building in March, 2017 says the building is "generally sound" and "fixable."