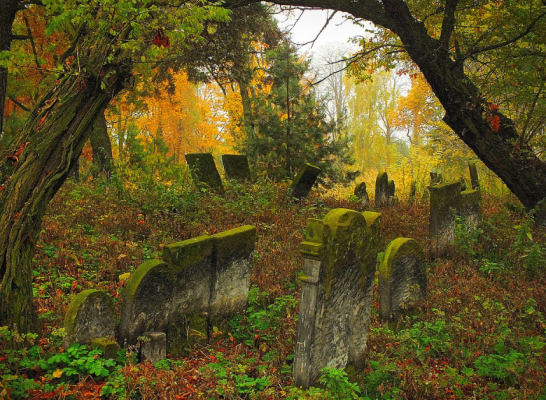 The Piotrków Trybunalski - Jewish Cemetery, has been neglected for many years. To save the cemetery as a heritage site there is an urgent need to locate, erect and renovate the tombstones as well as to preserve the fence and the house of purification, before it will lose forever.

Local activists, Piotrków born Jews and descendants, are joining forces to promote the restoration and conservation and we need your active support.

The Piotrków Trybunalski - Jewish Cemetery, located at ul. Spacerowa 93, was established in the years 1791–1792 and covers an area of more than 14.13 dunam, with about 3,000 tombstones with inscriptions in Hebrew, Polish, German, and Russian. The oldest preserved tombstone is from 1794. In 2005, Roman Hipszer, called "The Last Jew in Piotrków", was the last person buried there. The cemetery contains the Ohalim of Tzadikim, as Chaim Dawid Bernhard, Meir Menachem Finkler of Radoszyce, Isachar Dow Ber ha-Kohen Tornheim of Wolbórz and Menachem Mosze Waltfried of Ropsza-Przedbórz, stonetombs of individuals and mass graves of Holocaust victims.

On December 27, 1989, the cemetery was included in the register of monuments under the number 408. Currently the cemetery is owned by Łódź Jewish Federation. In 2014, at the request of the POLIN Museum, the Foundation for the Documentation of Jewish Cemeteries compiled a list of 1,739 tombstones. Many other gravestones, mainly the oldest ones fell and are buried underground. In addition, a lapidary was created from the tombstones recovered during road renovations. The cemetery has a preserved entrance, and a ruined house of purification and is surrounded by a broken brick wall.