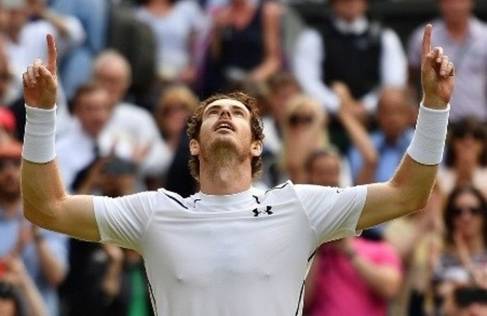 SIGN FOR SAINTHOOD: Pope Francis to make Andy Murray a ‘made man’

There can be no doubt, the god-like achievements of Andy Murray in reaching the world no.1 spot have been accomplished with heroic virtue. The miraculous last 12 months have seen Andy lead Great Britain to Davis Cup glory, collect a second Wimbledon Championships victory, retain his Olympic title and complete many other firsts, so answering the prayers of millions of tennis disciples across the world.

Backed by Glen Grant Single Malt Scotch Whisky, the signatories of this petition wish Pope Francis to waive some of the usual protocols for such declarations and act without delay to elevate Andy to Sainthood. Our aim is to see the wee lad from Dunblane with the muckle heart recognised in time for St Andrews Day (30th November 2016). Andy’s namesake is the Patron Saint of Scotland, the country of Andy’s birth.

Throughout his career, Andy has conducted his venerable duties with conviction and aplomb. He has drawn people to prayer, especially on finals’ days, and converted many people to his sport with his astonishing achievements. By embodying the same ‘water of life’ characteristics of his country’s great export, he has lifted spirits of countless people throughout Scotland and the rest of the world.

The petition will be presented to the Vatican on Wednesday 23rd November. #Andy4Sainthood