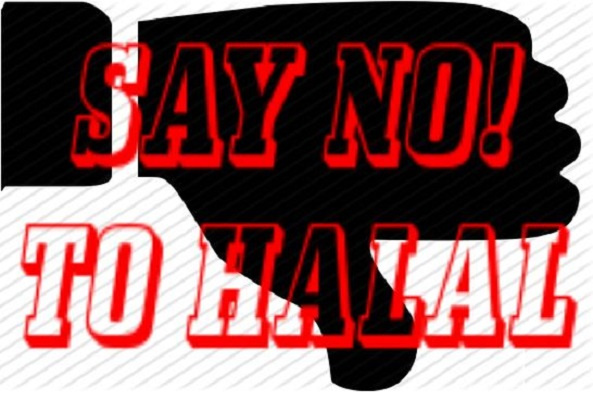 ** UPDATE** 28/09/17 VICTORY The school have announced today that they have made the decision to NOT go ahead with a Halal menu change.

Parents of children attending Wolsey Step Academy School In New Addington Croydon were today handed a slip of paper asking to choose if they would like to see the menu go over to Halal.

The simple tick yes or no slip did not provide any explanation inform parents where to go if they object.

This has angered some parents and caused discussions on social media.

Halal meat is prepared in accordance with Islamic law by cutting an animal’s throat while a Muslim butcher recites a religious verse.

-Why have the school decided to offer this choice now after all this time in charge since changing to an academy?

-Why are the school considering satisfying the will and needs of the minority?

-Why do Non-Muslim parents and children have to even worry that this will be forced upon them?

Is this all about money? Who is leading the charge on this at the school?

This is a hot topic for parents of many schools across the UK. Some Church of England officials say
“There is a lot of fear about upsetting Muslims but as a Christian, you have to stand up for Christian values.
“Because we are unwittingly eating halal meat, we are spreading the practice of sharia law.”

If you are against the school attempting to introduce Halal foods on the menu and forcing our children to conform to Islamic beliefs, then please sign this petition and say NO to forced halal. Tell them, by signing, you DO NOT agree with the inhumane slaughter of animals in the name of one religions god over others freedom and beliefs.

STOP THE FORCED INTRODUCTION OF HALAL FOODS ON OUR SCHOOL KIDS