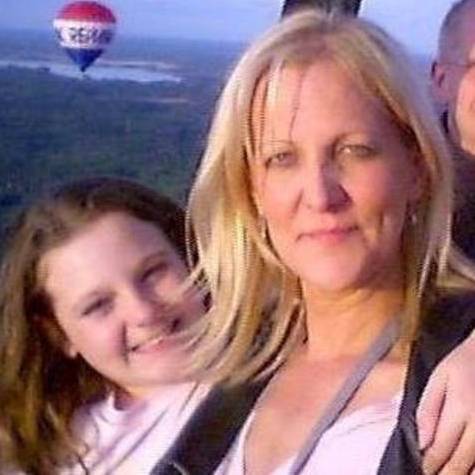 PLEASE READ BEFORE SIGNING: THIS PETITION IS ONLY FOR FACEBOOK FRIENDS OF THE LATE RHONDA TATUM. IF YOU ARE NOT AT THIS TIME A FRIEND OF RHONDA TATUM’S ON FACEBOOK, PLEASE DO NOT SIGN, AS THIS WILL DO DAMAGE TO THE CAUSE. Thank you for your cooperation.

Summary: On June 5th, 2015, we lost an amazing animal rescue warrior by the name of Rhonda Tatum. Most of her rescue efforts were put forth through the medium of Facebook, using a networking account built up by both your friend Rhonda and myself (her 21-year-old daughter, Destiny Tatum). Because this is a rescue-based account we built up and used together, I have continued to use it since her death to assist with some rescue projects she will now be unable to complete on her own, as well as to network shelter animals and communicate with her friends regarding her wishes. The account has since been memorialized by the request of one of her Facebook friends, rendering it entirely inaccessible to me. Because the information contained within messages sent to both herself and others, as well as her administrative privileges in groups and pages she founded and access to our massive rescue network is pivotal to my continued rescue efforts, I created this petition to submit to Facebook. I ask you to please sign this petition to do two things: 1) Ask Facebook to please re-activate my mother’s Facebook account so that I may continue her legacy through the account that we built together and save lives that should have never been forsaken in the first place, and 2) Tell Facebook that you acknowledge and accept that should I regain control of the account in question, it would be myself and not my mother who would be using the account. I would very much like to carry on my mother’s legacy, but I fear that I will not have the opportunity to do so unless I may continue to build on the work we’ve done together since starting rescue in Texas. I ask for your support and approval in doing so and would be honored, should these efforts not be in vain, to assist the cause to the best of my ability.

My name is Destiny Tatum, and I am the daughter of Rhonda Tatum. If you are reading this, you are likely already aware of both her life and her very untimely death. In life, my mother was a significant contributor in the animal rescue community. She worked most closely with the animal shelters of Sherman, Texas, and Amarillo, Texas, but always made it a point to spread her efforts around as much as possible and help as many at-risk furbabies as she was physically able. She worked day and night, tirelessly pouring every waking moment into channeling time and attention to this cause. Even in the moments before she suffered a fatal heart attack on June 5th, she had been networking shelter animals. Aside from her own commitment to her own family (husband, daughter, and rescued furbabies), rescue was my mother’s life.

When my mother was unable to save one shelter animal---even just one---the emotional toll was obvious to me. I realized early that my mother had a gift for this chosen effort of animal rescue because of how it affected her. In the beginning, when her Texas rescue network was small, there were many tears shed and a lot of extra effort expended to prevent it in the future. This is how I became involved in rescue. I worked with my mother to build up her network. While she was engaged in the active processes of communicating between parties and coordinating with you, her friend, and with other figures of rescue or shelter personnel, I was attentive to the preparatory efforts in hope of providing her with the resources I knew she needed. I may have been the one who found you and requested to be your friend on her behalf, and, more likely than not, I have communicated with you on her behalf while she was driving, eating, or the like. Animal rescue was a collaborative effort for us, where I did the behind-the-scenes organizing and some of the overflow of work, while she took care of the recognition of need and communication between parties who could help alleviate this need. We played on our strengths in this way and were able to work with you and others to save thousands of lives.

Since my mother’s passing, I have remained on her Facebook account, where she did the majority of her rescue work. I made the announcement of her passing and have been explicitly clear with every single person I have communicated with as to my identity. I have posted the details of her death, her obituary, and an assurance that I would do what I am able to in an effort to finish up some of the rescue projects she was involved in at the time of her death. I had a goal to continue to help as much I am possibly able to in the future, using this network of amazing rescuers that we built together. I have networked the animals in need that have been sent to my mother’s account and done what I can to match need with people with the ability to satisfy that need; I kept in touch with some of her rescue friends through it, informing them of the things my mother had been planning; and I have accessed information pertinent to both rescue and other aspects of her live, via the messages she has sent to her friends and notes she has sent to herself via private messaging.

Over one month later, on July 13th, 2015, a Facebook friend of hers submitted my mother’s account for memorialization by Facebook. While no doubt done with nothing but noble intentions, this has been absolutely devastating to myself and the rest of my mother’s family, as I have lost all access to her account. This rescue network of over 2,000 friends that we built together is no longer accessible to me, nor is the extraordinarily important information contained in the messages sent to herself and others. Moreover, administration privileges to the several rescue groups and pages we founded and joined together on Facebook are now inaccessible and some of those pages are at risk of languishing into nothingness.

My original plea to Facebook was met with a short rundown on Facebook’s policy of locking accounts after the death of their owners in an effort to combat mischief on the page. While I respect this institution and find great value in it under ordinary circumstances, I believe the benefit of keeping the account open and accessible outweighs this possibility. I would continue to be very forthcoming about my identity on the account, even changing the name to reflect my own or a joint-account, if it is asked of me. On the front of mischief caused by hackers or the like, this would be a greater problem, surely, if the account were wholly abandoned and kept open, which would not be the case. I would watch the account as though it were my own, which would leave very little room for mischief from persons unknown to go unchecked and unaddressed.

If I am doing this correctly, then this is reaching only my mother’s Facebook friends (or at least people who may help me circulate it among them for signatures). What I am asking of you is to please sign this petition to do the following:

1) Ask Facebook to please re-activate my mother’s Facebook account so that I may continue her legacy through the account that we built together and save lives that should have never been forsaken in the first place, and

2) Tell Facebook that you acknowledge and accept that should I regain control of the account in question, it would be myself and not my mother who would be using the account.

I thank you so much for being my mother’s friend and comrade in the plight for the animals. Though it may be impossible for me to know each and every one of you as well as I would like to, I do know that the work you do is absolutely invaluable. The work you do is hard---it’s time-consuming, emotionally taxing, and seldom fun. But, as we both know, it’s rewarding, too. Not through open acknowledgement, but the mere knowledge that another life put in jeopardy merely by human negligence or cruelty and poor circumstances is safe; that another animal trapped in a human’s world gets a chance to be loved. You do more than you could ever know.

As you continue to fight the good fight, please take care of yourself.