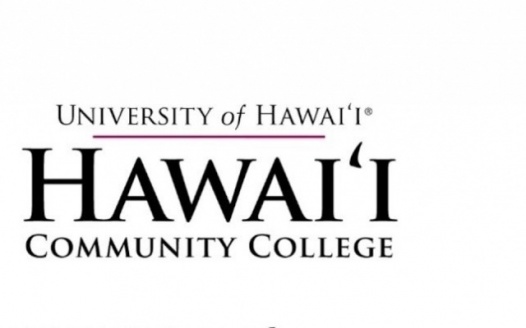 After much deliberation, discussion, and efforts to work in collaboration with the Hawai’i Community College Administration, ASUH Hawai’i College Community Student Government -- one of three campus governing bodies -- has no alternative but to demand the resignation of the Chancellor of Hawai’i Community College, Ms. Rachel Solemsaas and Vice Chancellor for Student Affairs, Ms. Dorinna Cortez. Though we have followed protocol and addressed all issues of concern with the administration, HawCC Student Government has experienced a profound lack of interest and cooperation in adequately addressing the issues that have been facing students, faculty, staff, the college, and the community at large. Moreover, we have found a consistent attitude of stonewalling, gas lighting, deception, hollow and broken promises, a failure to follow-through on promises to produce data or provide information, and a lack of transparency during our numerous interactions.

Though our efforts began last June, this situation has been building since both Chancellor Solemsaas and Vice Chancellor Cortez were first hired. In addition, the problems did not begin with the COVID-19 pandemic; in the years prior to the pandemic, Ms. Solemsaas’ and Ms. Cortez’ tenures at Hawai’i Community College were already marked with controversy and a lack of character, integrity, adherence to ethical standards, knowledge, experience, leadership ability, and communication. All of these deficiencies, coupled with their creation of a growing “culture of fear” within the campus environment, have made it dangerous for faculty, staff, and student leaders to voice their concerns without the likelihood of some type of retaliation. This “culture of fear” is intended to keep people quiet, compliant, and submissive. The COVID-19 pandemic has further highlighted the glaring deficiencies in the leadership during a time when strong leadership is so necessary. Rather than support its campus constituents, the administration has used this time to further control and solidify its power by taking advantage of the isolation and the limited ability of faculty, staff, and students to communicate with one another in groups.

ASUH HawCC Student Government has documented, drafted memos and resolutions, and directly brought up to both administrators numerous concerns, issues, problems, failings, and criticisms that have not been fully addressed, dealt with, and ignored. These include the following:

In conclusion, Hawai’i Community College is in crisis. ASUH Hawai’i Community College Student Government has lost confidence in the ability of Rachel Solemsaas and Dorinna Cortez to do the jobs that they were hired to do. New leadership is urgently needed, especially during these unstable times of the pandemic and unprecedented budgetary cuts. In addition, an important starting point to sort out the corruption and inability to fiscally lead the college, ASUH Hawaii Community College Student Government is also requesting that an audit be conducted: fiscal, personnel with regards to EEO compliance, and a campus climate survey. ASUH HawCC Student Government is doing due diligence by bringing this to your attention. A drastic change is urgently required to make this an institution that we can all be proud of and rely upon to adequately and responsibly educate all of our students and contribute to the community. This is our obligation and duty and we must reevaluate the entire campus structure and recommit to quality education.