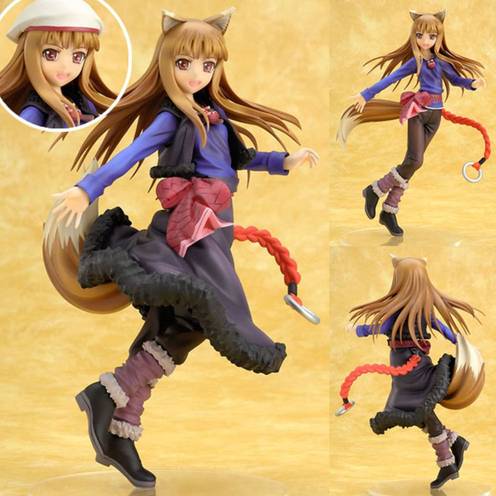 many of us missed the chance to purchase the beautiful Holo from Good Smile Company which was released in 2009. Since then the series popularity skyrocketed and it is now near impossible to get a hold of her for a normal price.

I have already contacted Good Smile Company for the possibility of re-release and they responded positively. If enough people were to show interest, then they'd definitely consider it.

The best way to achieve that goal is to collect a large amount of votes at once and then present it to them. Especially the enormous popularity here in the west is sure convince Good Smile Company.

There is no better time to get our message across than now, with this years 10th anniversary and the finale of the series recently released in English.

So I'd like to ask you all to lend me your vote and spread the message!

Update: Everyone thank you! In such a short time we already achieved an incredible response! I decided to increase our radius of influence to Japan as well and adjusted the signature target accordingly. Since Japanese companies usually respond best to voices of their own country I'd like to ask you to spread the word to your Japanese speaking aquaintances as well!