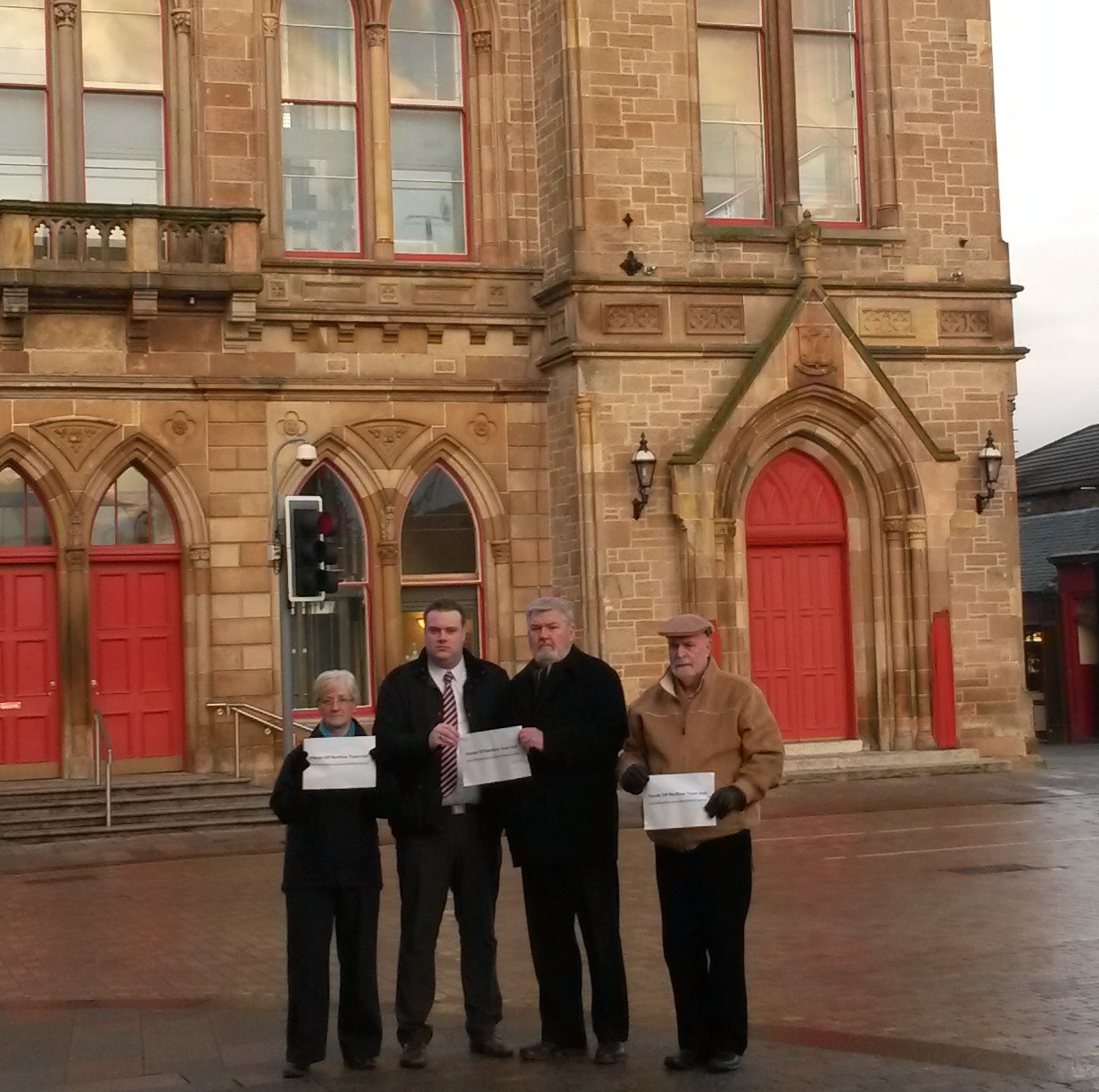 451 people have signed this petition. Add your name now!

The plans by Renfrewshire Council is to hand over control of a range of community facilities, including many properties which are part of the Renfrew Common Good fund to an arms-length company which has a minority of Councillors on its board.This will mean that key buildings like Renfrew Town Hall will no longer be controlled by the Council and all decisions about investment and lettings charges will be made by Renfrewshire Leisure Limited.

All 40 councillors on Renfrewshire Council are trustees of the Renfrew Common Good fund and are meant to ensure that this fund, and all its properties, are used for the benefit of the people of Renfrew.

This plan to hive off control to RLL means that only the 2 Labour and 1 opposition Councillor on the RLL will have a voice in what happens to such properties.

Sign this petition if you wish to keep Renfrew Town Hall in the hands of the people of Renfrew.