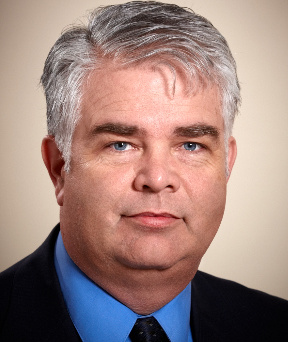 On Friday, June 26, 2015, Meade County, South Dakota Commissioner Alan Aker used his official County Commissioner Facebook page to dishonorably express his lack of support for the United States Supreme Court, following their recent ruling for nation-wide marriage equality. Per the Meade County website: "The mission of Meade County is to provide our citizens with open governance, supported by innovative, cost effective services and methods of operation; to perform our statutory duties; to uphold the Constitution of the United States of America and the Constitution of the state of South Dakota; and to be seen to do all this with integrity, common sense, and sound judgment."

We believe Mr. Aker has disobeyed the Meade County mission statement and overstepped his statutory duty by posting the following statement. Mr. Aker's facebook post reads: "I was just notified by the county's insurer that in light of the final federal court (Sorry to say, they've lost their "Supreme" title as far as I'm concerned. Of course, they're no longer a court either, but I'm at a loss on what to call them.) decision on gay marriage, the county may be liable for its own costs if our register of deeds does not allow filing of same-sex marriages. Our register of deeds is an independent official and she will decide whether to obey our robed "legislators". I expect she will. A word to any readers who are celebrating this news: I wouldn't spike the ball just yet. You haven't gained marriage "equality", I predict you have ended marriage as a civil institution. One by one, states will remove it from statutes. It will be an exclusively religious institution. For awhile, some of our churches will refuse to perform same-sex marriages, and get away with it. Since liberals never stop, they'll use courts to strip these churches of their tax-exempt statuses. These churches will be blessed and will thrive anyway. On the bright side, the federal income tax marriage penalty will disappear as it becomes impossible to determine who is married, since it will vary according to which churches we belong to. On the downside, among the non-religious, spouses will devolve to easily-discarded roommate-sex partners. Children will suffer abuse and abandonment in the ever-changing domestic arrangements. May the Holy Spirit do a new work among us and help us heal these new victims, and help us in a reconstruction of this wreckage."

As a united group, we believe that Mr. Aker's public disdain violates the mission statement of Meade County and expresses his lack of support of the Constitution of the United States of America. His defamation of the Supreme Court justices, disrespect for the Constitution, attack on LGBT citizens, misunderstanding of the separation of church and state, and his lack of empathy toward those who hold different beliefs than him proves that he is unable to adequately fulfill the mission statement of his office: "to uphold the Constitution of the United States of America...and to be seen to do all this with integrity, common sense, and sound judgement."

Certainly Mr. Aker is entitled to his own opinions. However, he has engaged in this type of discourse while wearing the title of an elected official. To do so in this manner, and in this forum, is fundamentally opposed to Meade County's very mission statement and is inappropriate, unprofessional conduct.

We do not believe Mr. Aker is a worthy representative of Meade County, the State of South Dakota, or the United States of America. We request his immediate resignation or removal from office.