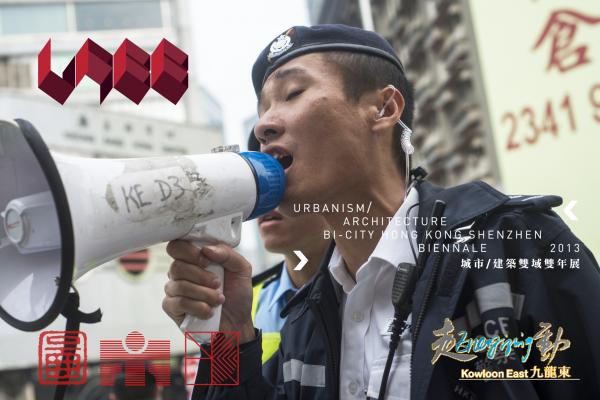 Request for Open Apology and Full Explanation from UABB*HK and the organisers (HKIA, HKIP and HKDA) - 聯署要求港深城市建築雙城雙年展主辦單位(建築師學會、規劃師學會及設計師學會)

We are a group of exhibitors and artists invited to the Bi-City Urbanism\Architecture Biennale 2013. After the events on Wednesday 11th December's opening, a number of participating exhibitors decided to share each of their experiences and concerns with regards to the treatment of exhibitors on that day and the role of the organisers (HKIA, HKIP and HKDA) and UABB*HK. This letter addresses some key points that may have been raised previously by individual artists. After some alignment, this letter is a concise summary of our concerns and requests.

We request that the organisers first answer the following questions in public:

Why was the opening filled with security guards and police? Were the special measures requested by CY Leung?

Why were some of the exhibitors not on the guest list despite being invited? Why did everyone have to go through the security check?

EKEO (Energizing Kowloon East Office) represents top-down gentrification. Should a biennale with the curatorial theme, "Beyond the Urban Edge: "The Ideal City?"" be cooperating with EKEO?

Did the organisers know in advance that the artists would be evicted physically? Who gave that order? Was it the Hong Kong government, HKIA, HKIP, HKDA, etc?

Did the organisers order the security guards to evict a Taiwanese exhibitor, and allow that exhibitor to be interrogated without a third-party witness?

In addition to above questions, we request that the organisers understand and take action regarding the following issues:

1. Background Information to be Provided to All Participants

It has come to light that some members of the creative community have been requested to engage in a personal dialogue with the Colin Fournier (Chief Curator) following Wednesday's opening. We feel that this is irresponsible to try to resolve a public issue privately. Prior to the opening of the biennale some red flags were raised: the fencing of a public space east of the EKEO site, a demonstration in the EKEO site and artist withdrawals. It is the role of the organizer to identify these issues and communicate them to all the exhibitors before the opening. It is imperative that exhibitors know the controversies surrounding the venue and understand the potential implications of participating in the biennale. Some exhibitors did not fully understand why others withdrew from the biennale. It is the role of the curatorial team to inform, support and rebuild the confidence of the artists who continue to be involved. Luckily, some artists had due diligence to personally contact those who withdrew to gain a better understanding but unfortunately some other exhibitors did not have this chance or acquaintance. The contextual background of the biennale would have equipped exhibitors (especially international exhibitors) to understand why there were protesters at the opening, why some exhibitors were not allowed to join the ceremony, why some artists were escorted out by security and why some exhibitors were refused entry to their own exhibits.

With regards to the security on Wednesday we would like a full explanation of the measures implemented that day. We understand that CY Leung's security, the police and EKEO security were present that day and we would like your account on how the security measures led to the eviction and zoning issues highlighted in the previous paragraph. During the security check, we would like to know why the security had the power to open personal belongings and show them to the media. Why did the organisers do nothing to stop such offensive measures?

In addition to the above, it is worth mentioning that one confirmed artist was evicted by a security staff for merely enquiring why a fellow exhibitor was taken out of the EKEO building. The fellow exhibitor is Taiwanese and cannot speak Cantonese. After being escorted off the EKEO site that exhibitor was then questioned by a member of security, or a plain-clothes policewoman, in a disrespectful and humiliating manner. In an offensive tone, they requested that the international exhibitor speak Cantonese.

2.2 Apology for No Support Provided to Exhibitors and Lack of Communication

It was fortunate that one local artist supported the non-Cantonese speaking international exhibitor and intervened, but this precedes our next request: we would like a full account as to why the curatorial team did not assist or fully communicate with the exhibitors at the opening.

2.3 Apology for Distraction of the Media

Why invite someone who take lead in land dispossession such as CY Leung to open for an exhibition of ideal city and urban edge, while taking away people who truly care about these issues the right to speak at the ceremony?

3. Request for Open Apology and Full Explanation from UABB*HK and the organisers (HKIA, HKIP and HKDA)

As artists and exhibitors that are part of the Bi-City Urbanism\Architecture Biennale (UABBHK) 2013, we feel that following Wednesday’s events that the organisers and UABB*HK should have had an immediate email update to all exhibitors—local and international. Today is Monday 16th December and we have still not received any collective,open update to restore our confidence in the organisers and UABB*HK. For this reason, as artists and exhibitors we feel that it is our responsibility to further communicate the issues raised in this letter to ALL exhibitors in the biennale—local and international.

We have created this online petition in order to make this issue and request public.