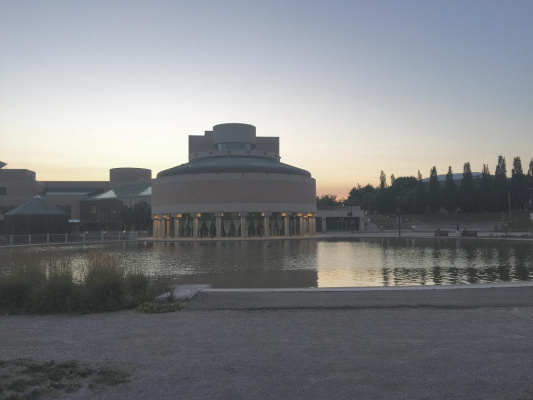 Say “NO” to the irregular Asylum Seeker in Markham

On July 20th, 2018, Markham city mayor, Mr. Scarpitti, met with visiting Canadian Prime Minister Trudeau and posted a message on his official Twitter page, stating that Markham city offered "to help with providing shelter for asylum seekers”. Per the recent news articles, there are about 5,000 asylum seekers (75% of them are illegal border crossers from Nigeria) currently living in Toronto institutions including two colleges, because the Toronto municipal government had volunteered to settle those asylum seekers from the federal government border processing center. On July 21st, the director of the Markham City Office, Mr. Frois, sent an official e-mail on public inquiries which suggested that the municipal government knew and arranged cooperation between the City of Toronto and the York Region Catholic School Board. The initial plan is to significantly change some school facilities' function from educational use to housing an unknown number of asylum seekers for unspecified duration of time with undisclosed amount of fund.

This hasty and irregular decision by Markham mayor Mr. Scarpitti and the city office drew waves of furious public objections from the Markham residents for the following reasons:

1. Housing large numbers of foreign asylum seekers imposes a considerable public safety concern. Of those asylum seekers, majority of them are illegal borders crossers without a standard official security screening process. There is a significant risk of setting up shelters for them in a high population density metropolitan area, such as Markham. The public safety risks associated with this Shelter proposal have to be thoroughly studied to avoid public safety tragedies, such as numerous fatal domestic incidents associating foreign terrorists coming to Europe via refuge/asylum seekers channels.

2. Housing large numbers of foreign asylum seekers posts a significant public financial burden. Per German Interior Ministry reports, 70% of the foreign newcomers via refuge channels have fully relied on social benefit programs for decades since they arrived as early as 2002. By the same token, there is a high chance that those refugees/asylum seekers in Toronto will get into the same situation since they share many common features, such as the country of origin and their language/education skills. The financial burden that the Toronto municipal government under-estimated is one of the main reasons that Toronto wants to send this burden to Markham, which is an unavoidable financial disaster directed by the Toronto Municipal and Federal government. The best solution for Toronto municipality is not to send this burden to the neighbors, but to accept the responsibility of their hasty decision and work with Federal government to clear the problem.

3. Basing on the above two reasons, it is clear that this proposal of providing shelters for foreign asylum seekers in Markham city will impose significant public safety concerns and heavy financial burdens to about 330,000 local residents. Per Markham City Administration policy web page, “the governing body of the City of Markham is municipal council. It is Council's job to make decisions about financial matters and municipal services in the interest of its residents, businesses and stakeholders. Council and Committee Meetings are open to public and are audiocast live on the City's website”. This controversial proposal by the Mayor alone, the first of its kind in recent 30 years Markham city administration history, must be discussed via formal meetings of the city councillors, not by any single official via closed-door arrangements. Such exercises are obviously major violations of Markham City Administration regulation.

Therefore, we, the Markham residents, call for the following actions:

1. The Markham Municipal Council should immediately exercise its legal role to lead and arrange formal meetings on this controversial proposal. The official decision making process and the public opinion collection procedures must be respected, followed, and cannot be skipped.

2. The Markham City office needs to promptly issue a statement to cancel the hasty and irregular early instructions to proceed with Shelter program. York Region Catholic School Board should stop all joint work with the Toronto Refugee Resettlement Center immediately pending on further instructions from the Markham Municipal Council.

Please sign here if you agree with this petition.