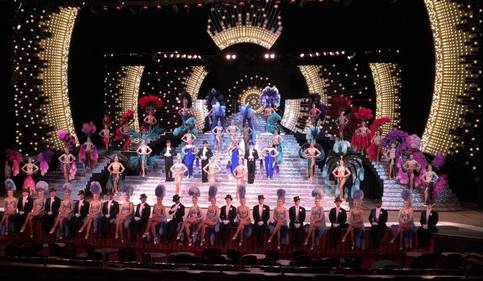 Dear Board of Directors,

Caesars Entertainment presently holds in its hands a precious gem of timeless entertainment history, one that long ago really should have been designated an officially-recognized historical landmark due to its cultural significance: the Jubilee Theater at Bally's Las Vegas. "Jubilee!" was one of the most stunning, glamorous, and moving shows to ever perform in Las Vegas. Few venues and productions of this caliber and scale exist anymore. Bally's had faithfully remained a committed beacon in the dark to keep the showgirl tradition alive. The decision to permanently close "Jubilee!" on 2/11/2016 has all but resulted in a complete and deeply tragic loss of an entire piece of American culture and history that may never be replaced again. There are officially no revues left in Las Vegas, nor the world outside of Paris, where showgirls and showboys performing in a cast production in such grandeur can ever be witnessed again. We don't want the Jubilee Theater to face the same demise seen by every other showgirl revue in Las Vegas: closure, and then no effort to ever restore or revive it with a new showgirl revue.

We know "Jubilee!" is closing due to difficult circumstances. However, we are asking Caesars Entertainment to please retain the key elements of legendary Las Vegas entertainment previously found in "Jubilee!": the showgirls and showboys, their historic costumes, and their uniquely-classic styles of performance in whatever future reincarnation of the Jubilee Theater show may be planned. We want to see Caesars offer newer generations something as original and enduring as what "Jubilee!" provided: a fresh "throwback" alternative to everything else already out there. Please let the Showgirl continue to entertain, endear, and enchant in all her glory and splendor at Bally's Las Vegas for decades to come.