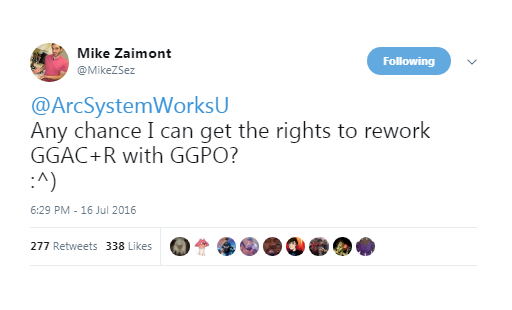 This is a petition to show support and market demand for a current-generation port of Guilty Gear XX Accent Core +R, a.k.a. +R or ACPR.

Currently, ACPR is only available on XBOX 360, PS3, and Steam, with Steam surprisingly having the weakest netcode of the three. No lobbies exist, and online play is decent at best, with even local region matches suffering from latency issues.

The steam version of +R also has the least input delay (between pushing the button and the action happening), but cannot be used for tournaments, due to no selecting sides for P1/P2, and more importantly, not having controller auto-detect, while the game is running.

- Button Config at the Versus Screen

Feel free to message me or DM me with feedback or questions: