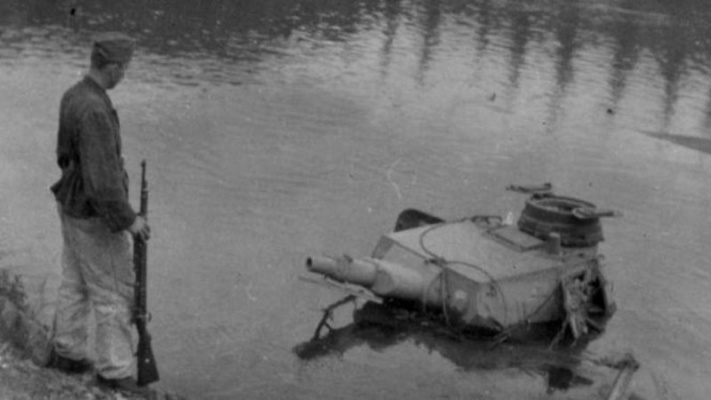 Add Panzer of the Lake to Castilla

We, as the community of World Of Tanks Blitz, would like to add the "Panzer Of The Lake" To the Castilla map. The "Panzer Of The Lake" is an Image of a soldier looking at a sunken Panzerkampfwagen IV D. This meme is very popular, being known by thousands, and Is a part of modern Tank culture itself. The addition of this easter egg would undoubtedly be appreciated by many players.

Panzer Of The Lake

We Believe there are many parts of the Castilla map that could contain this easter egg without being obstructive to the gameplay. One such place could be the river bank between the player spawn in Sector Eight leading left to Sector Four, but this is merely a suggestion, as there are many other options. We simply ask that you at least consider the possibility of this making its way into the game, and Join in our petition.