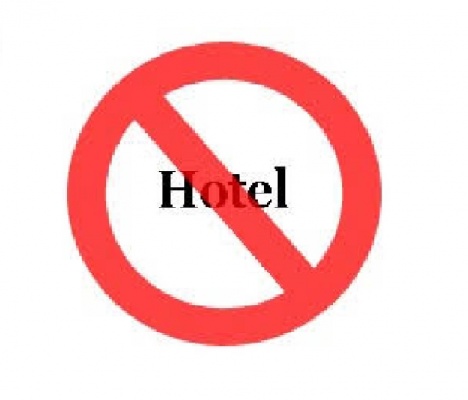 We would like to put in an objection to KP-2020/141 the application for a planning permit to build a residential hotel on the corner of Centre Dandenong Road and Nepean Highway at 1299a Nepean Highway, Cheltenham. This petition outlines some of the reasons why this development should NOT go ahead and is signed by people who use the Cheltenham area or reside in the area.

Current property on the site - Currently there is a single storey dwelling with a standard suburb appropriate roof height and contains a large garden area.

Overshadowing and blocking of natural light - A three story building of the proposed size and scale on the corner will significantly reduce the natural light of the adjoining properties and intersection.

Loss of amenity and privacy - if there are windows facing the adjoining properties then guests will be able to see directly into their houses. This hotel would further impact security of the surrounding residents with the additional lighting that would be required to ensure entry and exits are well lit.

Noise impacts - with the development of a large hotel with multiple guest rooms, the noise levels would lift further with guests and people coming and going, potentially playing loud music and having multiple people staying in a room. Furthermore, should a function be held there, with multiple guests, the proposed outdoor area would have significantly more noise levels for the area, which is generally a quiet area of Cheltenham.

Other noise impacts would include late night arrivals and early morning departures, people talking loudly or having had a few drinks prior to check in to the hotel, other noises can include the actual rooms, depending on how well they are planning to soundproof the walls, there would be impacts of people arguing in the hotels rooms, being passionate in the rooms (beds banging against walls) and other noises that would not be able to be controlled.

Traffic impacts - the proposal to alter access to a Road Zone Category and having multiple car parks, leading out to Centre Dandenong Road, would be detrimental to the area, given it is already a significantly busy road. It would further increase traffic congestion and if guests were to park on the street, cause a further safety concern for residents who want to park in their driveway, being able to turn into their driveways from the street. There is not enough street parking at all. In the plans there is the proposed option of putting a keep clear sign on the road, but this would then further impact the residents as less people would give way to those coming out driveways further down as they may "miss the lights". Furthermore, with Mordialloc freeway being installed at the opposite end of the road and Centre Dandenong road becoming a thoroughfare for the new freeway, a hotel would further impact the already ridiculous traffic congestion in the street.

Combine this additional incoming and outgoing traffic, with school pick up and drop off, then a hotel being on the corner and the traffic will be completely congested to a point that residents in the street will not be able to get out of or into their driveways at all.

Parking in the area - The proposed plans do not allow for all the rooms to have an allocated carpark; this means an increase in street parking. Allowing for school drop offs each weekday, the additional cars parked in the street will provide further danger for school children, as they will not be able to be dropped off in front of the school (as the hotel patrons will be parked there) and it will increase the potential for more accidents with cars parked in front of the school at all times. The traffic coming from Park road, to Centre Dandenong will have to merge more frequently which would increase the likelihood of accidents.

Increased unsavoury behaviour - Based on the assumption that the hotel would require a well-lit underground car park, this would provide a venue for increased drug use of addicts in the area (as it is a well-lit area).

Neighbourhood character - over the last 10 years, Cheltenham has had high rise after high rise go up surrounding the council buildings, adding to traffic congestion further, but an additional 3 storey hotel, will not be in the character of the existing neighbourhood at all, it will be an eyesore on the corner.

Greenery, heat and carbon emissions - Based on the plans, the hotel will also reduce the garden area, there will be less trees and greenery. Furthermore, multiple air-conditioning units will increase the heat in the area and building heat will potentially damage the surrounding properties.

Safety - Children go to school across the road from the proposed site. They walk up and down the

street. This hotel could pose a safety risk to these students due to blind spots when coming out of the driveway onto Centre Dandenong Road. Furthermore, the proposed building would look directly into the school property, which would propose a significant Child Safe Standards risk of the children attending the school.

Uncharacteristic and potential Child Safe Standards breaches to School Children - It could also encourage people and characters of an unsavoury type to stay at the hotel, given the access to the primary school and that the rooms would directly look into the school property, further causing significant risks to the children of the area.

Visual bulk - this would further make the intersection of Nepean Highway and Centre Dandenong Road a visual monstrosity in the area. High rise apartments at every corner. Cheltenham is an older suburb with mostly one storey dwellings (except for the two apartment blocks and the Quest) and adding to it will reduce the attraction to the area.

Natural Ground Level - because the proposal is to dig underground so in fact is it 3 storeys above and 1 below for a carpark, they will substantially be changing the natural ground level and potentially affect the water table/current natural flow of groundwater. The intersection frequently has issues with flooding in the wet months and the underground would likely flood further as a result of the hotel. Furthermore, any mature trees/gardens in the vicinity will struggle with the loss of ground water which gets drained out of the concrete basement they will need to install

Link to works: https://online.kingston.vic.gov.au/ePathway/Production/Web/GeneralEnquiry/EnquiryDetailView.aspx?Id=1282003 OR

Objections / letters of support can be submitted: