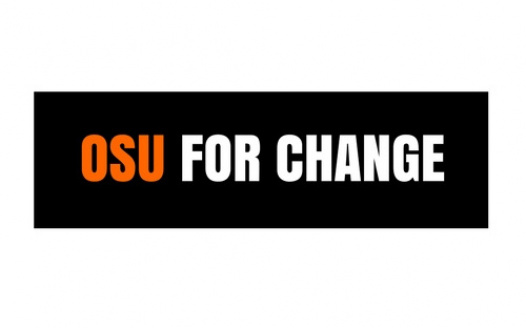 We, the student of Oklahoma State University, petition the Student Government Association to recall Chase Blevins, and Vanessa Wiebe from the offices of President, and Vice President respectively for the 2018-2019 academic year, and for there to be another election allowing for additional candidate pairs.

This past presidential election has been riddled with violations including, the withholding of pertinent information, and the deliberate denial of the ability to correct. These past few weeks there have been a lot of questions presented to the Student Government Association from OSU Students, in which this organization has failed to answer. Questions like, should the public be informed of the dates of filing, should there be a write-in on the ballot, and do we abide by the rules available to the public or those that only the lawmakers knew of? Attempts have been made to correct these issues through the Student Government Association, and all other avenues to address the issue have been exhausted. The Senate has not upheld its responsibility to listen to the body it represents, the court system has failed to abide by its own laws, and the Attorney General has skirted around the questions brought forth. It is concerning to see an organization that governs so many students setting this precedent on how to conduct business here at OSU.

We demand the election results be voided, and for the current SGA President to find the justification to call a special election as outlined in their powers, according to the by-laws publicly available at 4:54 p.m. 4/10/2018.

The election was conducted under bylaws that were not properly updated or otherwise maintained, thus, it not only misled the public, but also renders the governing law non-legally applicable

The election commission was certified under rules not properly implemented, meaning the election was not legally certified

The Supreme Court, in settling one of the legal issues with this past election, violated The Open Meetings Act, which both State Law and SGA Law require be followed

The campaign violated, in multiple places, Oklahoma Ethics Commission Rules, which the SGA Bylaws require all campaigns to follow

The SGA Supreme Court later refused to act upon these violations

The Blevins-Wiebe Campaign failed to report organizations that reserved tables for their campaign, in further violation of the SGA Bylaws

Further, in the reservation of those tabling spaces, the campaign also violated Union Meeting and Conference Services Policy requirements

One of the candidates advocated for policies specifically outlined in, and central to, their campaign platform at an SGA event in Washington D.C., in violation of the SGA Bylaws