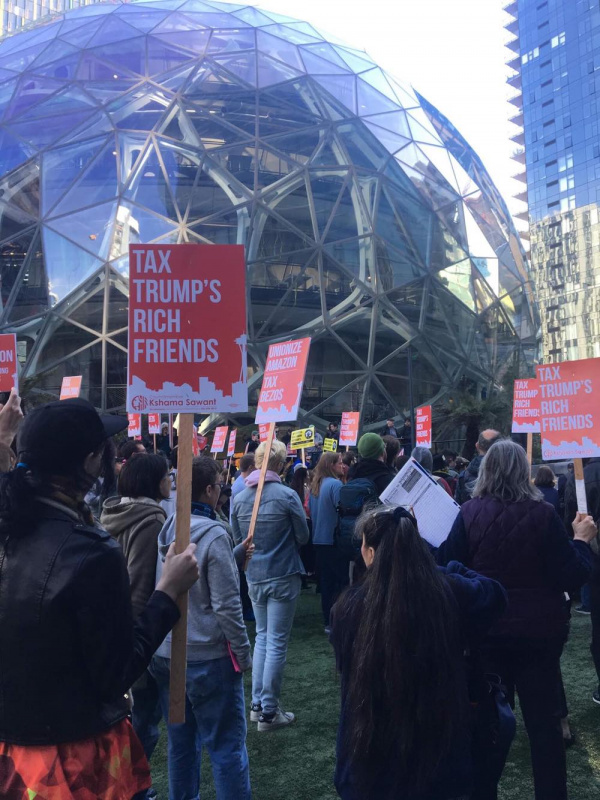 No to Amazon’s extortion! I stand with Seattle workers.

Amazon’s threat to halt construction on a project in Seattle that would employ 7,000 people, in protest of the proposed EHT (Amazon Tax) in Seattle City Council, constitutes nothing less than extortion.

This tax is a tiny fraction of the $789 million tax cut Amazon just received from Trump, and they can absolutely afford it. Amazon is not so much concerned about the $20 million estimated amount they would have to pay annually, but the political precedent of a tax on big business and the inspiring message it would send to workers around the country. They’re instead driving forward a race to the bottom, demanding egregious tax exemptions and special deals as they search for a city to station a second headquarters.

Amazon’s threat is an attack on all workers, renters and the homeless in Seattle, and in particular on building trades workers whose jobs are being put on the block--likely because of their vocal support for this tax!

Let’s fight back and call their bluff. Come out to the final vote at Seattle City Council, and don’t let Amazon politically maneuver against the affordable housing we so desperately need.