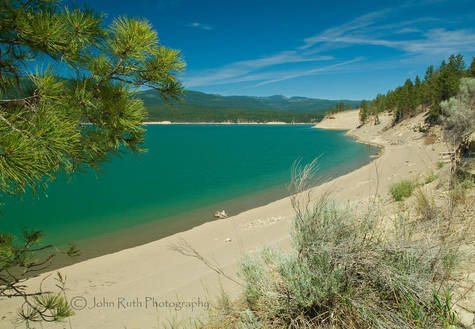 614 people have signed this petition. Add your name now!

Proposed lots are sited on 60 acres of steep topography with many lots proposed on slopes exceeding 30%, which is unacceptable according to Montana subdivision regulations. Another 26 acres will be sited with roads requiring extensive cut and fill. Small lots sited on steep topography will be most conducive to trailer home development rather than higher tax revenue wood frame construction.

Current law enforcement will be burdened with an additional estimated 320+ residents on Douglas Hill Rd.

Water wells (5) that have been proposed for a “public water supply” DO NOT MEET drinking water standards and will require water treatment and disposal system. Current residential area wells may be affected by heavily increased demand of this high density community water system, and there are serious concerns about subdivision surface water runoff into the Tobacco River drainage and Lake Koocanusa.

Proposed subdivision is in the path of the yearly elk migration. Wildlife habitat for the area will be severely disrupted.

Douglas Hill Campground will suffer extreme negative impacts from the 320+ new residents living right next to it. The road into the campground is already degraded and will only get worse with the added traffic. Where will all the extra vehicles park? The added traffic is also a safety concern for people staying at the campground, and for campers and locals traveling to and from town on Douglas Hill Rd.

There are serious concerns about surface water runoff contaminating the Tobacco River and Lake Koocanusa reservoir.

The majority of required community “park land” will be sited on top of sewage and water treatment systems located adjacent to Douglas Hill Road.

Do we really want sewage and waste water treatment sites on both sides of Douglas Hill Road acting as the gateway to Douglas Hill Campground and National Forest lands?

Current covenants allow the developers to change them at any time they desire, and they allow for trailers and RV’s. We’ve seen what happens with these types of seasonal subdivisions. Is this what we want for the future of Eureka and one of its most highly used and prized recreation areas???

A subdivision of this size and density should be sited on level topography, with good potable water supply wells, be closer to Eureka city limits for fire, police, emergency services, and ideally be within reach someday of city sewer and water.