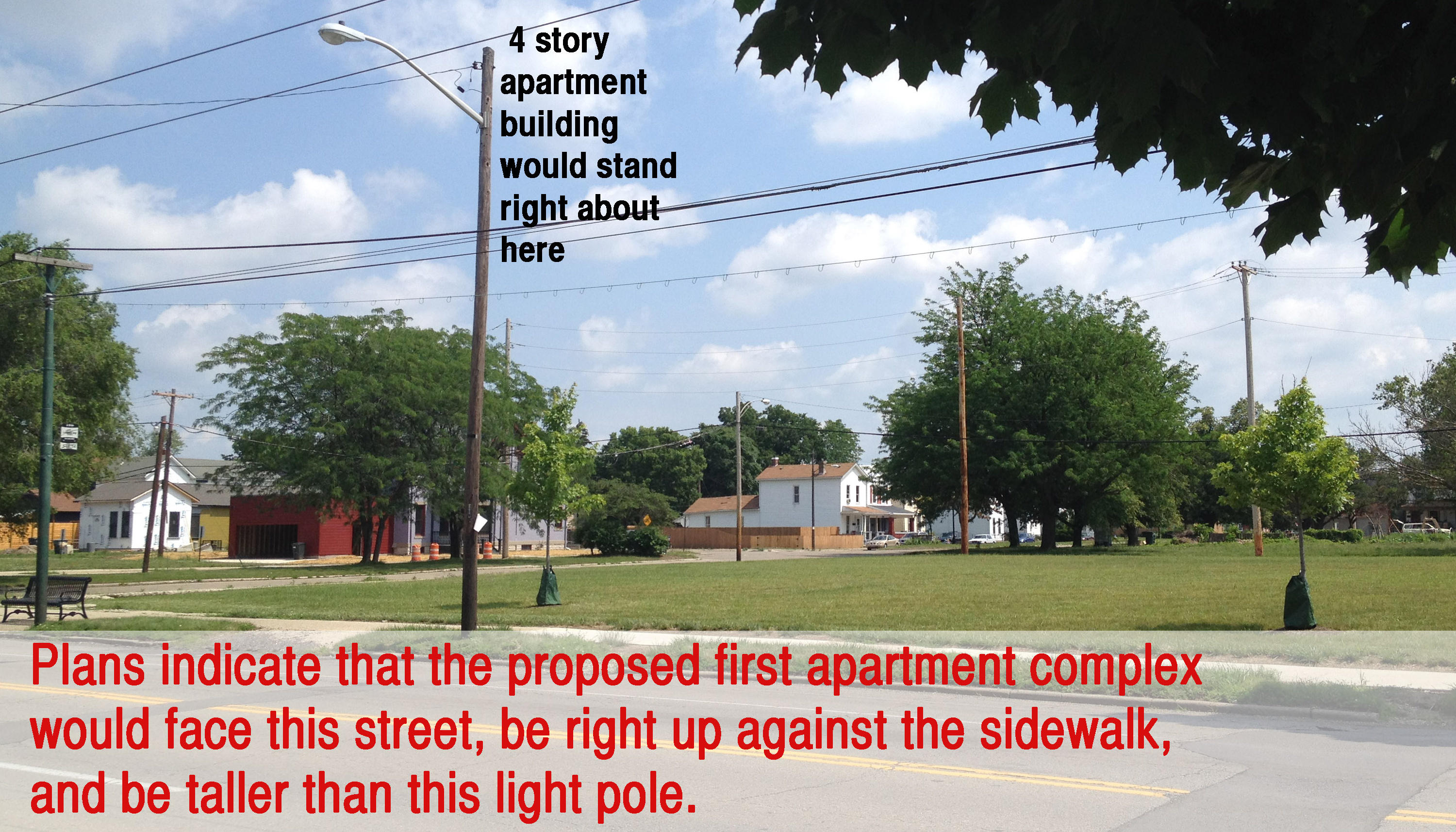 We, the undersigned, urge the Land Use and Board of Zoning Appeals to deny the zoning variance, requested by Moda4 on behalf of The Greater Dayton Construction Group, to erect a four-story building on the southeast corner of Warren Street and Burns Ave. We do not oppose a mixed business/residential structure on this site, but we are concerned that the current design has had little study or consideration for future use. The plans were just presented to the residents within the last 45 days. This development will impact the neighborhood for the next 45 years and beyond. Everyone wants the appropriate development. The proposed four-story building is a matter of the developer making more money per square foot and the city adding numbers to their overall population. We need to make certain that we are making decisions that have been carefully thought through and studied. Cliburn Manor was a prime example of something that looked good on paper but turned into a disastrous reality. We certainly don’t want to introduce another development that could cause problems that will spread into the surrounding neighborhoods and business districts.
The current plans set a precedent for urban design. Has this approach, to new construction and design, been open to public comment and discussion? This type of development could have a bearing on all areas of town. South Park doesn’t need a quick fix. We want a developer and a development that will add value to our entire neighborhood for generations to come.
PLEASE SIGN THE PAPER PETITION IF AT ALL POSSIBLE - THIS ONLINE VERSION IS INTENDED FOR THOSE WHO CAN'T SIGN IN PERSON. THANK YOU.