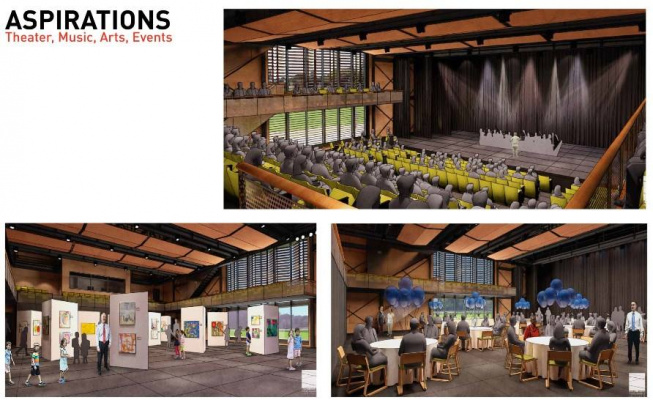 We, the undersigned, petition the Nashua, NH Board of Aldermen to unanimously vote yes on the passage of legislation relative to bonding the proposed Performing Arts Center at a meeting of the full Board of Aldermen at 7 pm on Tuesday, September 12th.

We believe the arts enliven, connect, and improve quality of life in our community. We believe that a missing piece of the puzzle to success and vibrancy in Downtown Nashua, NH lies in having a modern performing arts facility. We are in support of efforts to make a well thought out vision for a modern Performing Arts Center possible, and want our local elected officials to support these efforts, too.

Over the past several years, the City of Nashua has been conducting exploratory and planning exercises to determine the feasibility of, and build a vision for, a modern performing arts center. Over the course of that time, the City Economic Development Department and consultants with expertise in architecture, market analysis, performance venues, community outreach and other areas have been hard at work.

The City of Nashua has brought together community leaders, arts and performance organizations, private performance oriented businesses, elected officials, and the broader community to the conversation. After review of the regional market demand, and several possible sites, the City and its consultants have produced a report and plan that indicates that the 201 Main Street Building (formerly Alec's Shoes) would be the best site, and that an audience size of 500-700 is the right fit for the region. Since that time, the Board of Aldermen has authorized a $36,000 payment for an option on the building, which secures the building for purchase for up to 6 months.

At this time, the City is working through the process of approval for a bond measure for this project. The total amount of the bond is $15.5 million. This bond will support both purchasing the building, and the construction and fit up for this modern venue. In addition, project organizers will also have to raise $4 million from private donations to make the project possible and most importantly - truly feasible. These private funds will ensure an endowment that will produce substantial revenue, and offset the cost of ongoing operations of the project.

This project is a wise investment, and would not only be a cultural driver, but also an economic driver - increasing interest from visitors and long term investment from the private sector. Downtown's throughout the state have seen these positive impacts from investment in facilities like the Capital Center for the Arts in Concord, the SNHU Center & Palace Theater in Manchester, 3S Artspace, and the The Music Hall in Portsmouth. This story of success is one that has played out throughout the country.

This is a two step petition. In addition to signing online, respondents will also be contacted by email/phone to verify home address & ward location, and to sign optional paper petition. Knowing your ward/polling location will help ensure that elected officials have a valid representation of support in their ward. If you do not know your ward number, we will assist you based on your address. You may be invited to central petition signing location, should there be many respondents. Paper petitions are a more secure and valid way to show support, and so you will be offered the opportunity to sign a petition in person, and are strongly encouraged to do so.