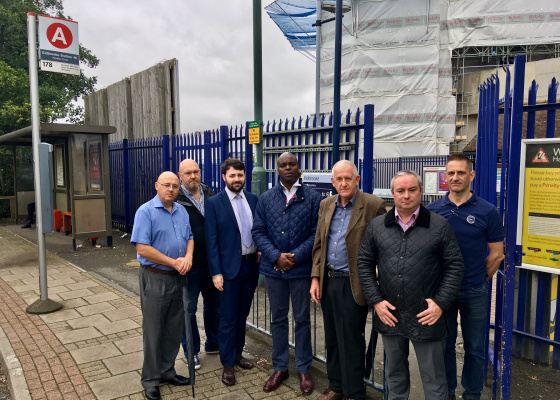 We the undersigned call on Transport for London to propose a new bus route to operate between North Greenwich and Kidbrooke Village in order to increase bus capacity in the Blackheath area and reduce overcrowding on existing routes such as the 132, 108 and 422.

Bus routes from North Greenwich to the south of the Royal Borough of Greenwich are already full to capacity at rush hour, with many people having to wait for a second bus at North Greenwich. A new bus route is desperately needed just to cope with current demand.

The Kidbrooke Village development will lead to a huge population increase to the south of Blackheath. Some parts of the development are now complete with residents moving in and more homes being proposed. As a result, demand on local public transport, such as the 132 and rail services from Kidbrooke Station, will only increase on these already full services.

Cities are built on their transport networks and it is paramount the Kidbrooke Village has proper bus connection to Woolwich for Crossrail and North Greenwich for the Jubilee line, this will not only improve the lives of commuters in Kidbrooke Village and help reduce demand on the already under-strain Kidbrooke and Blackheath stations.