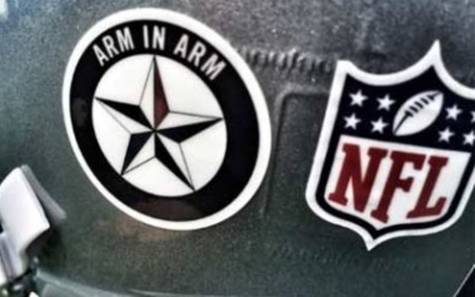 Roger Goodell, Get the NFL out of Politics!

You are going to end up getting the same treatment Target got if you keep on allowing politics to intermingle with football. We turn on sports to help us forget about life sometimes, or maybe most of the time. When we get slapped in the face by a political statement by one Colin Kaepernick plus other players from other teams jumping on the bandwagon it isn't cool! You pander to Black Lives Matter yet won't let the Dallas Cowboys honor the Dallas Police Department fallen? Seriously? On the current track you're on you're going to end up losing more than half of your viewership because people are eventually going to be pissed off they won't be tuning in. You will also have more and more people stop buying NFL merchandise. If I had my way you'd feel it by having more than half the stadiums empty. I realize that won't happen because fans will be fans and honestly we love our football. How dare you allow this to be ruined more and more, season after season. It's fine if you want to be all in for Hillary, Goodell, but get the politics out of the NFL. Nip this in the bud with Colin Kaepernick and Black Lives Matter before you lose control of your own football league.

We The Football Fans