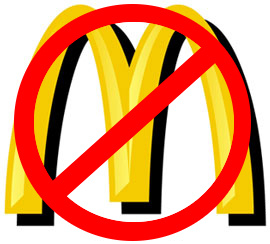 Say No! to McDonald's on the site of the former Crofters Lodge pub on Kenton Lane/Ponteland Road

A planning application has been submitted to Newcastle City Council for permission to build a two storeyMcDonald'srestaurant and drive-through on the site of the former Crofters Lodge pub at the corner of Kenton Lane and Ponteland Road.

We object to this planning application on the grounds that if approved it will result in significant increases in the levels of litter and early morning and late night noise and traffic problems which would be harmful to local residential amenity.