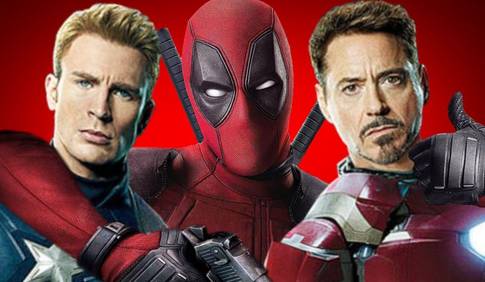 I'm very much enjoying what we've seen so far of the marketing campaign for 20th Century Fox's big-screen adaptation of Deadpool, portrayed by Ryan Reynolds. As I'm also a big fan of Marvel Studios' line of films in what they call the Marvel Cinematic Universe, it is also extremely clear that the rights of many of Marvel's comic book characters do not belong solely to the studio; in a shared partnership with Sony, Marvel has recently acquired the use of Spider-Man in their upcoming sequel, Captain America: Civil War, proving to fans of these franchises that collaborations can be made and we are coming progressively closer to seeing all these characters together again. Could Deadpool be given similar treatment?

Well, the entire reason the Deadpool movie is being made is because of fan interaction; the overwhelming fan response to its leaked test footage pressured 20th Century Fox into green lighting the movie AND giving Ryan Reynolds a huge degree of creative freedom with it. So, maybe it's time for some more fan base encouragement?

At that, I should also make the point that Deadpool is a character that would not need a reason to cross over with the MCU; Fox would not need an explanation that ties it to X-Men because if the sheer fact that Deadpool as a character is known to break the fourth wall. His excuse for being among the Avengers or Spider-Man in future installments of the MCU could very simply be because he was "passing through", and audiences that know the character could absolutely take it at face value.

Representatives of 20th Century Fox and Marvel Studios, if either of you are reading this, you should know that fans love the characters created by Marvel comics. To those fans, sign this petition to let these studios know exactly how much you would love to see some kind of partnership or colaboration that could eventually lead to these characters we all love sharing the screen again. At the very least we could say we tried.