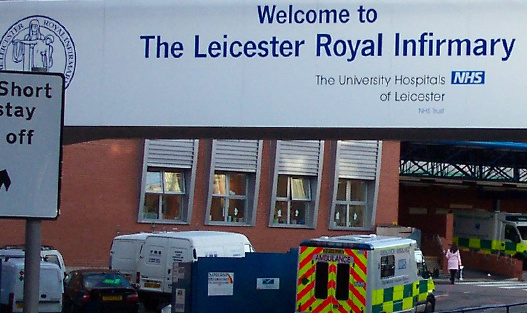 We, the undersigned, are petitioning against the introduction of the proposed rota across the medical directorate at the Leicester Royal Infirmary for August 2015.

A proposed rota with an adjusted normal working day of 8am – 5pm was suggested after consultation with junior doctors, however due to the shortfall of doctors this would result in due to extra compensatory days off, we understand this has now been scrapped.

The most recent proposed rota changes suggest all medical staff working hours of 8am – 4pm as a normal working day across all medical areas including Acute Medical Units and base wards. This would include changing start and finish times of on call duties including all night duties to finish at 9am as opposed to 10am as currently. This rota has not been previously discussed with the aforementioned junior doctors workgroup and their feedback has not been sought.

It is suggested that there is some theoretical benefit of moving the medical rotas forward in expediting discharges from the medical base wards thereby improving patient flow from the Emergency Department and Acute Medical Units, however we do not agree that changing the current medical rotas for all grades of medical doctors is an effective way of achieving this goal.

We object to the proposed rota for a number of other reasons:

At present afternoon clinics run from 2pm until 5pm. With the introduction of the proposed rota this would result in a large majority of junior doctors and Speciality Registrars breaching their contracted hours at least weekly to fulfil their clinical obligation to their clinic duties. The alternative is to cut the clinics short and therefore serve fewer patients per clinic, or for the Speciality Registrars to 'abandon' their lead Consultants mid-clinic.

The proposed changes will result in the post-take ward rounds across the Acute Medical Units for those working the night duties finishing an hour earlier than they currently do, without changing the start time (8am). This limits and deprives those junior doctors and Speciality Registrars the training opportunity to present and gain feedback on the patients they have reviewed overnight. This would significantly reduce training, teaching opportunities and job satisfaction.

The majority of patient and family discussions occur in the afternoons, frequently when family members have finished their own jobs. A move to 4pm finishes will reduce the time available to spend with family members and patients to explain the complexities and details of their conditions that could result in more complaints and negative hospital experiences.

Given that the majority of hospital services will not change their working hours and therefore will continue to work until 5pm and in conjunction with the above mentioned points, this will likely result in junior doctors staying later than the proposed contracted finish time of 4pm. This will result in significant breaches in European Working Time Directive and again negatively impact on job satisfaction and morale.

The delays in discharge are frequently not due to duties undertaken by junior doctors (as previously seen in audits). It is instead due to delays with pharmacy, therapy assessments, packages of care, ambulance transfers… Therefore we disagree that the conclusion that if the medical team are at work an hour earlier will expedite discharges as without the teamwork of the allied health professionals discharges would not happen.

East Midlands Deanery is already an undersubscribed deanery for all grades of junior doctors. A change to 8am starts may dissuade juniors from applying to this deanery and potentially deprive the Trust of excellent junior doctors. We are exploring the Deanery's view on this matter.

For any change to contracts there should be a formal 6-week consultation period in which concerns can be raised. In addition we are entitled to a 6-week notice period regarding on call rotas prior to starting a new post meaning that a notice and consultation period of 12 weeks should be observed prior to August 5th 2015. This would mean notice should have been given on 13th May 2015 which has already passed. Therefore you will be in breach of these terms. We are currently consulting the BMA with regards to our position on this matter.

We strongly suggest that these changes do not take effect.

We suggest a period of evaluation of the current discharge process be undertaken to highlight the steps that are currently ineffective and inefficient and work to reduce the time taken in these steps. This will enable the discharge process to become more streamlined enabling patients to be discharged in a timely manner and improve patient flow.

The current suggestion of making all staff start work an hour earlier is not based on evidence that it will achieve its goals and in our opinion will certainly fail in achieving these goals. In addition it will lead to poor morale and lack of job satisfaction by removing key learning opportunities that will impact on recruitment, retention and sick leave.

We hope this information will assist you in reconsidering your decision,