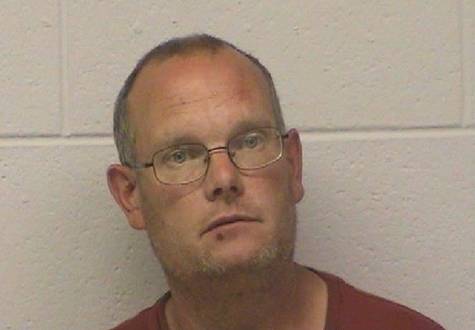 Help us keep our communities safe!

Between June 2nd & 6th, 2016, this man drove up to at least (5) different females, ranging in age from 15-24, in the City of Brodhead, Wisconsin and asked them questions that were sexual in nature or asked them to expose themselves to him. One of the victims was able to take a picture of the truck & license plate & the male, Michael L. Schuetz, 51, of Monroe, Wisconsin was located, confessed & stated he did not know why he approached the females asking the questions or making the requests that he did. He was subsequently arrested & charged with (3) counts of disorderly conduct & booked into the Green County Jail, where he later posted $450 bond & was released just hours later.

Please join us by signing this petition to be presented to the prosecutor to show community support for everyone involved in this horrific crime.

On behalf of the people of the City of Brodhead, County of Green, State of Wisconsin, we join together to show our support for the victims of recent crimes allegedly committed by defendant, Michael L. Schuetz, DOB 09/06/1964, of Monroe, Wisconsin, and request that he be charged to the fullest allowable extent of the law and any appropriate treatment be ordered.

This man preyed on teen girls & young women in our community, some 15 miles away from his hometown, during broad daylight for 4-5 days in a row. This horrific crime has our community outraged, disgusted, sad & scared for the safety of our children, our friends, our neighbors & our entire community. Because of the acts of this one person, many people in our small, rural, close-knit community are now afraid to let their children walk just a few blocks to a friends house or to school or the store.

A quick look into what the public can see of his background, found on Wisconsin Circuit Court Access, reveals (5) previous charges of violations of Wisconsin State Statute 947.012(1)(b) for Unlawful Use of Phone with intent to frighten, intimidate, threaten or abuse another using obscene, lewd or profane language or suggests any lewd or lascivious act. This is exactly what he did again to young ladies in our community, except he is doing it in person now instead of over the phone. In addition, there appears to be a previous harassment injunction granted against him. In another public search of Wisconsin Criminal Records, available to anyone at https://wi-recordcheck.org, there is also at least one charge each of Attempted 2nd Degree Sexual Assault by Force, 4th Degree Sexual Assault, Battery and Probation Violation from 1993 to 1999 (full record available by clicking here).

We believe that this man's recent actions, along with his previous history of vary similar acts, makes him a threat to not only our children, but to our families, friends, neighbors & our entire community. Three counts of disorderly conduct, in which he was able to post just $450 bond for & be back on the streets within a few hours, seems minuscule compared to what the victims & their families have to endure & will continue to live with. We believe, at a minimum, there should be one count for each victim; of which, we believe there were a total of five, and there should be some type of charge or court order that would require him to be placed on the sexual offender registry so authorities can keep better track of his sexual behavior to help prevent any other juveniles or young ladies from being mentally & potentially physically hurt by his malicious actions.

In addition to charging him to the fullest extent allowable by law, which we all trust that you will do to the best of your ability, we believe that he should be restricted from contacting each of the victims involved in the case, as well as anyone under the age of 18, and he should not be allowed to be in the City of Brodhead, unless he has documented proof of legitimate business in the City of Brodhead.

We, the undersigned, respectfully request that this petition be reviewed by the District Attorney of the County of Green and that it be included in the case file and read into the permanent court record involving defendant Michael L. Schuetz, DOB 09/06/1964.

We would like to take a moment to thank the police officers and investigators of the Brodhead Police Department for their assistance & efforts in locating & arresting Mr. Schuetz. We also understand & want to share that pursuant to the directive of the Wisconsin Supreme Court, as found in Supreme Court Rule 20:3.6, Trial Publicity, that a charge is merely an accusation and that a defendant is presumed innocent until proven guilty.