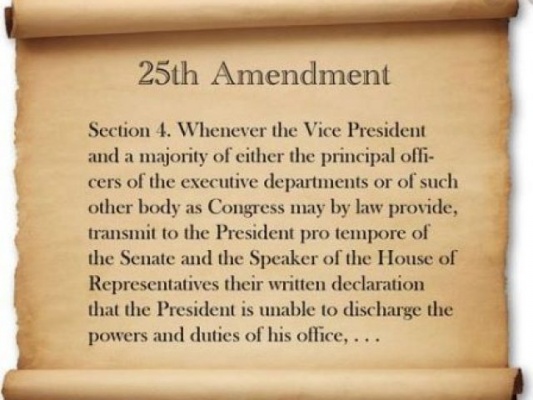 Donald J. Trump, the 45th President of the United States, has unequivocally demonstrated through his actions, to be mentally unfit for the Office of President.

Since his inauguration his actions have led to the preventable death of tens of thousands of Americans from COVID-19, violated federal laws and constitutional rights guaranteed to all Americans, fomented racial discord, bolstered the cause of white supremacy, threatened national security and turned the United States into a global pariah.

We, the undersigned, call for the immediate invocation of the 25th Amendment to the United States Constitution and the subsequent removal of Donald J. Trump from the office of President of the United States on the basis of its fourth article and the assertion of the President's mental defect.