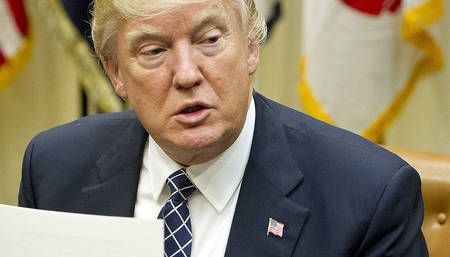 Donald J. Trump's stated purpose for firing FBI Director James Comey was to (improperly) expedite the conclusion of the Justice Department's Criminal Investigation into Russia's attack on our Democracy. Donald J. Trump subsequently threatened Former FBI Director Comey to withhold evidence from ongoing investigations into Trump and the Trump Campaign's potential collusion with Russia. The President repeatedly demeans each of the investigations into Russia's incursion into the 2016 U.S. Presidential Election, thereby unconstitutionally interfering and attempting to impose the will of the Executive upon the oversight responsibilities of the Congress.

President Donald J. Trump has broken his oath of office. He has irreparably damaged the public's confidence in him. He continues to injure the reputation and standing of our Nation in the world. President Trump repeatedly, demonstrably and irrefutably lies to the American People.

President Trump is operating outside of the rule of law. This petition asserts that President Donald J. Trump has committed offenses that meet the spirit and purpose of the High Crimes and Misdemeanor standard of Article 2, Section 4 of the Constitution of the United States of America.

Therefore, We the Undersigned demand that Congress immediately exercise it's obligation under the Constitution to impeachment President Donald J. Trump and Remove him from Office without delay.