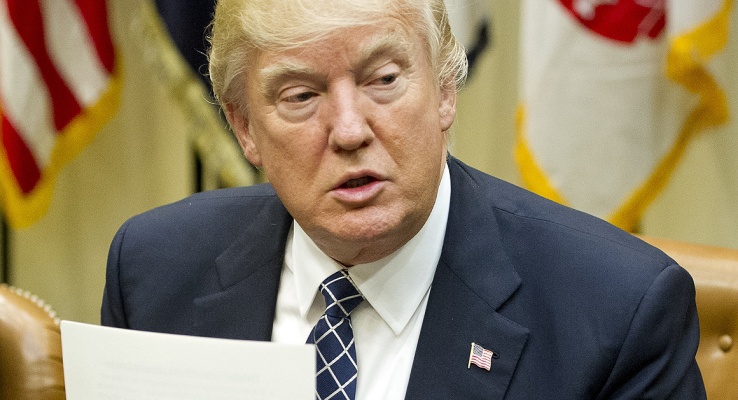 When in the course of the life of a Democracy, in the living history of a Nation and with the Management of that Republic, a malignancy develops relating to the proper functioning and sound leadership of the elected Chief-Executive, which thereby poses a threat to the safety and security of the Country, it is the Duty of each Responsible Citizen to raise their voices, make their concerns understood and to take every action permissible under the law to protect themselves, each other and the fate of their system of Government.

President Donald J. Trump is not fit to serve.

For these reasons, it is wholly appropriate to demand Donald J. Trump's immediate impeachment and removal from his office of President of the United States.

President Donald J. Trump has broken his oath of office. He has irreparably damaged the public's confidence in him. He continues to injure the reputation and standing of our Nation in the world. President Trump repeatedly, demonstrably and irrefutably disrespects the American People with his lies, obfuscations and his ill mannered behavior. There is no law prohibiting the President from having a bizarre and offensive personality. But, when considering the obvious and dangerous consequences of Donald Trumps actions and temperament, we the Citizenry must demand that he be removed from the sensitive and inordinately powerful position as President.

President Trump is operating outside of the rule of law. This petition asserts that President Donald J. Trump has committed offenses that meet the spirit and purpose of the High Crimes and Misdemeanor standard of Article 2, Section 4 of the Constitution of the United States of America.

Therefore, We the Undersigned demand that Congress immediately exercise it's obligation under the Constitution to impeachment President Donald J. Trump and that the Senate remove him from Office without delay.