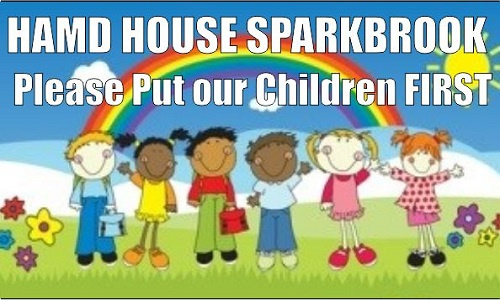 On the 11th of March 2019, Parents whose children attend Hamd House Nursery in Sparkbrook were given notice that the Nursery would be closing indefinitely on the 29th of March 2019. The reason given was due to the claim that the management "have been running this nursery at a considerable loss for a long time now and this is no longer sustainable".

If the Nursery has been running at a loss for a long time, we feel that allowing it to run until the end of the academic year to reduce disruption to the Children, Teachers, Parents and Carers should not impact the "considerable loss" by a huge amount, as the end of the academic year is Thursday the 18th of July for Hamd House, merely 4 months away.

· We the undersigned feel that 18 days notice to find new Nursery Places towards the end of the academic year for young children is unreasonable.

· We request that Hamd House Nursery Sparkbrook remains open until the end of the Academic Year 2019 (18th July 2019) in order for parents to find adequate spaces for their children in other local nurseries.

· Although the children have been offered places in other Hamd House Nurseries, our confidence that these nurseries will remain open in the longer term has been damaged.