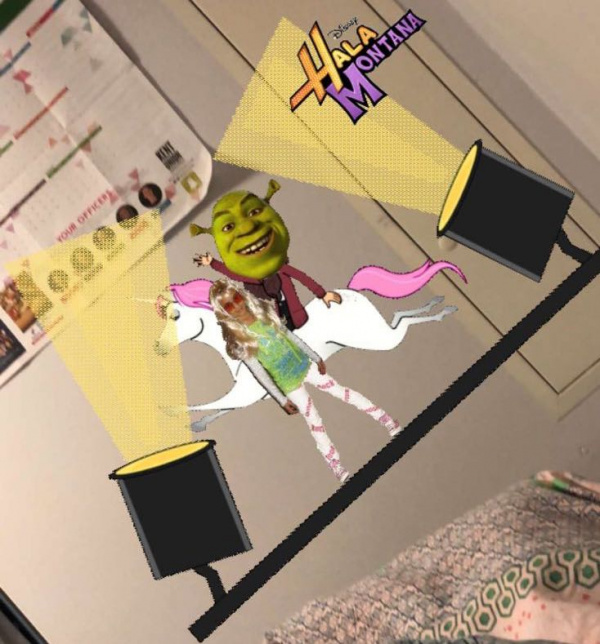 No Internet for Hala

Instead of studying, Hala had been using her time on the internet to create "Snapchat Lenses". Evidence provided shows the defendant had been using copyrighted material inappropriately such as the face of Sire Shrek the Great and Dame Hannah of Montana. She also had been suspected of using bootlegged copies of graphic design programs to create these filters, and frankly, we don't think she's doing a good job at it anyhow...

Witness, Juliet, claims that her life had not been the same ever since Hala was given a device to access the internet with. Always trying to use the witness in her snapographic 'Snapchats', and giving her anxiety. The witness also claims that Hala had been portraying her as an evil creature filled with anger and rage, others disagree by supporting the witness who is known for her fluffy adorableness.

The defendant also had been caught in the action of spamming her friend's on their peaceful 'WhatsApp' and 'Snapchat' groups.

Defendant had pleaded guilty, however, we need you, the people, to support us in our movement in blocking her access to the internet.