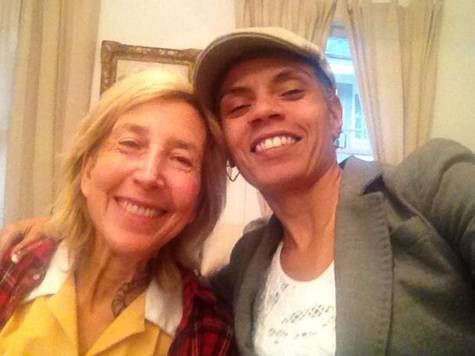 HOA forcing homeowner to choose between losing her home or her MFA education.

Star Victoria is a rising star in the film industry. She's directed over 14 short films and just recently finished directing a feature documentary. She's also worked for over 10 years in the Atlanta film community as a first assistant director, script supervisor, unit production manager, and even a VFX assistant coordinator on Alvin & The Chipmunks.

She's has graciously shared her knowledge by mentoring young filmmakers at Camp Flix & as a protege leader for Whitestone Motion Pictures protege program.

Star was accepted to the #1 film school according to the Hollywood Reporter, USC for her MFA in film production. Her homeowners association at 12 Centennial Park condominiums. Home Owners Advantage refuses to grant her a a hardship permit so that she may rent her condo while she is attending school in California. The hardship permit specifically states if one is granted acceptance into a university or college outside of the state one qualifies for approval of a hardship to rent their condominium.

Star has been denied twice within the last three months without explanation. When she questioned her homeowners association and asked specifically for the reason she was denied the information. When she asked specifically for the representatives on the board she was also denied the information. So at this point the HOA has given her a choice to either lose out on a number one world-class education or lose her home. Does this sound fair that she has to choose between her education or home?

If you believe that this is unfair just as she believes please be kind and sign the petition so that she may put this into the hands of the homeowners management company as well as the HOA board.

And if having a petition signed by many people isn't ample enough motivation for the HOA to give her the hardship, she is willing to have a protest at her condominium association by purchasing a protesting permit. Star is willing to make such a big deal about the situation that they realize the unfairness of the situation and grant her the hardship. By signing this petition you agree with Star.

Show her you support her and that you also want to see her have the opportunity to go to school and still keep her home. Make your voice be heard by signing this petition and let the HOA know that having to make a choice between getting a higher education like an MFA or choosing to keep your home is unjust and they should be ashamed of themselves for putting her in such a predicament.

Sign this and let them know that they need to grant her the hardship or expect a protest in front of the building!