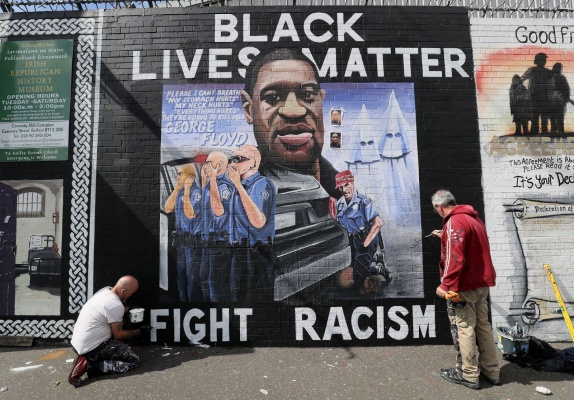 THEY MARTYRED HIM; WE WILL HONOR HIM.

I have never called an elected official before today. I have never considered how one would even go about the endeavor of creating a petition aimed at bringing about change. I have never before seen a sea of protesters, all from different backgrounds, chanting and holding up signs demanding EQUAL justice, EQUAL opportunity, and EQUAL protections under the law. All of these things catalyzed after America watched the cavalier lynching of George Floyd, an unarmed black man who for 8:46 seconds pleaded for his life, with his neck pinned to the ground, under the knee of US police officer.

Mr. Floyd is not the first unarmed, innocent black man killed by police; however, in the age of social medial coupled, YouTube and everyone armed with smartphones, Americans, some for the first time got an up close and personal "snapshot" of the soul of America-where it is today. Its an image I won't forget as long as i live, and I don't think any American should ever forget George Floyd, or any of the many other black lives taken by police brutality and racism. It is for this reason, I am requesting/suggesting Mr. George Floyd's story and those that came before him be immortalized by being the first African American to be printed on US currency. If you agree, then lets add our name here, on this petition to show we will never forget their names.

I don't know if this will make it anywhere further than my simple try. I do know there will be some, in the highest positions of power, that will fight this petition from ever "seeing the light of day;" we have have all seen this tactic before. Many of us heard those same leaders belittle state leadership and chide them for not 'dominating' their citizens engaged in lawful protests. Indeed, there will be those who will adamantly, and with their last breath-no pun intended- fight this recognition ever being realized. That is where we are today, as has been revealed in the wake of George Floyd's murder. All I would like to ask of you, my FB friends and family, should this indeed be picked up by legislators and brought to a vote, is that you vote according to who you are.