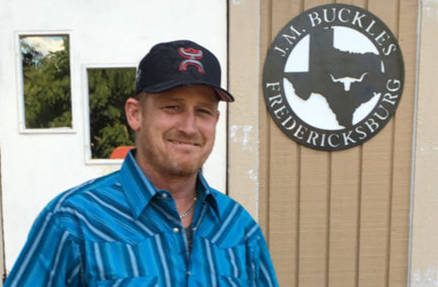 The purpose of this petition is get the Parole Board in Austin, Texas to lift the Blue Warrant filed against James Michael Maddison Jr. on October 5, 2016.James is still sitting in Gillespie County Jail for no reason other than the Parole Department in San Antonio has acted against the recommendations of their own Parole Officers and Parole Hearing Officers and refuse to lift the warrant.

This petition is designed to prove to those who can make a difference (such as State Representatives and Parole Board Officials in Austin), that James Michael Maddison, Jr. has the support of the people:

Many of you know James, but may not be aware of where he came from, what he has overcome, and what he has accomplished in his life despite his past....

WHO IS JAMES MICHAEL MADDISON, JR.....

Hopefully, you can agree that after so many years of success – something must have caused this change in James’ behavior. I hope to highlight these events for you here....

James has fallen into the category of many that have ended up in the criminal justice system when he needs to be in the mental health system. James has been a model inmate and has recently been promoted to trustee. However, Gillespie County Jail is not equipped or staffed in a manner that offers inmates counseling or mental health support other than issuance of medications. Even though, by law, he is required to receive counseling while incarcerated. The mental stress of this situation (emotional, financial, social, etc.) is causing issues and concerns which are solely the result of this unjustified incarceration.

James is suffering and being punished before being proven guilty!!

James' heart is that of a loving, caring, giving, kind and gentle man. But he is a man who has rarely experienced the same in return. He is a man who wants to be forgiven for his past mistakes, although he learns from them and he wants to have a happy and prosperous future.

With the help and support of his medications, doctors, counselors, loving friends and family – and most importantly – with the incredible strength, faith and love of the Lord (A power that James has only recently discovered but has already begun to embrace), James has finally found acceptance and understanding in his life – not condemnation and judgement.

It is at this critical time in his walk towards a better place - please help by supporting our movement to get James released from jail - back to his home, his wife, his customers, his children and his church. He has come so far from where he has been – please don’t cut his journey short.

Thank you for your time, patience, understanding and support!