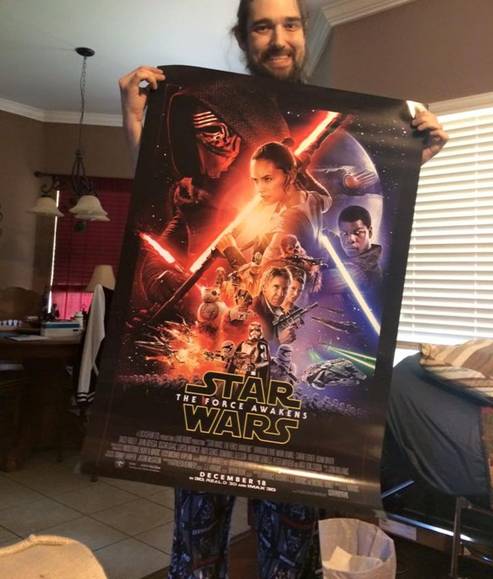 The excerpt below was taken from Comicbook.com

"Click2Houston reports that a Texas man dying of cancer hopes to convince Disney and Abrams to give him a chance to see it early, in case he doesn't survive until the film's December release.

'Judging by how progressive the disease has gotten in the past two months,' Daniel Fleetwood told his local TV station. 'I really don't think that I'll be able to make it.'

'It's a commitment and he still has that commitment, that drive, and that love and I think that it's a beautiful thing,' said Fleetwood's wife, Ashley. 'Even if it's just a movie. That's magic for a lot of people.'

Fleetwood acknowledges that it's a long shot and that if he did get a screening, it would likely have to be overseen by Disney...but he's not worried about that. He's hoping that if his plea goes viral, it could help him catch the film. "

As a Star Wars fan who's being waiting forever for this release, I can really understand Daniel's anticipation and want him to have the joy of being a part in this event, even though the circumstances are not the best. This movies mean a lot for him just as they do for all of us, so let's get this done for him!

Mark Hammil retweeted anbout this case already, so let's show them we care!