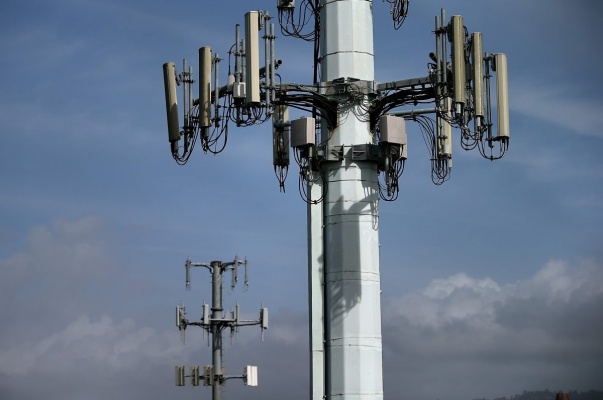 Please sign this petition to stop the cell phone tower from being installed at the corner of Union Ave. and Galapago St. The tower will be in close proximity to Clayton Elementary School and many homes in the quiet residential neighborhood. The installation of the tower poses health risks and devaluation of real estate, and the residents already have adequate cell phone/wireless data coverage in the area. The plan to build the tower was put into motion without the input or knowledge of nearby residents.

These towers are going to become more and more common in residential areas as all the telecom companies roll out their 5G. Unless we act now and get the city of Englewood to change the way they handle/ manage the installation of these towers YOUR HOME COULD BE NEXT. They don't need your permission and, unless things change, they won't even inform you that it's happening. One day you could look out at your front yard and see a big cell tower. We want to stop the installation of this tower, but we also want Englewood to change their procedure for these and be more accommodating of the community that they (and these cell towers) are supposed to serve.

We are strongly opposed to the installation of the tower for the following reasons:

While the proposed installation should comply with FCC regulations on microwave radiation levels, the FCC has maintained its regulations based on scientific data and health standards from 1996. As you may have noticed, technology has changed a bit since then. Studies have shown that even at low levels of this radiation (one tower), there is evidence of damage to cell tissue and DNA, and it has been linked to brain tumors, cancer, suppressed immune function, depression, miscarriage, Alzheimer’s disease, and numerous other serious illnesses.

For example, in “The Influence of Being Physically Near to a Cell Phone Transmission Mast on the Incidence of Cancer” by Horst Eger, Klaus Uwe Hagen, Birgitt Lucas, Peter Vogel, Helmut Voit (Published in Umwelt·Medizin·Gesellschaft 17,4 in 2004), the researchers found a fourfold increase in cancer rates amongst people living within 350 meters of a cell phone tower. Amongst women there was a tenfold increase.

In 2011, The World Health Organization (WHO)/International Agency for Research on Cancer (IARC) classified EMR (microwave radiation) as a possible carcinogen to humans (the same classification as DDT and lead) based on an increased risk for glioma (a malignant type of brain cancer).

In 2015, Morgan, Miller, Sasco and Davies published a paper in the International Journal of Oncology titled “Mobile phone radiation causes brain tumors and should be classified as a probable human carcinogen (2A)." The title says it all in this case.

In the past five years alone, about 1,800 new scientific papers have been published that show adverse health effects. Dr. George Carlo, a public health expert who coordinated the telecommunications industry’s own study, which was mandated by congress, confirms that exposure to communications radiation from wireless technology is "potentially the biggest health insult" this nation has ever seen. Dr. Carlo believes RF/microwave radiation is a greater threat than cigarette smoking and asbestos.

2. Potential health risks to children – This tower is in close proximity to Clayton Elementary school and this Englewood neighborhood has a large number of young families. Children have thinner skulls and the immaturity of their central nervous systems puts them at even more risk than adults. See, for example, Morgan, Kesari, and Davis, 2014, "Why children absorb more microwave radiation than adults: The consequences", published in the Journal of Microscopy and Ultrastructure.

3. The devaluation of real estate. In March, 2014 the National Institute for Science, Law and Public Policy’s survey “Neighborhood Cell Towers & Antennas—Do They Impact a Property’s Desirability?” found that an overwhelming majority of respondents (94%) reported that cell towers and antennas in a neighborhood or on a building would impact interest in a property and the price they would be willing to pay for it.

Studies by Dr. Sandy Bond, Ph.D. have shown that a cell phone tower negatively affects the real estate values of homes surrounding it. Depending on proximity to the cell phone tower property values can be reduced by up to 20% for properties within 200-300 meters of the tower (See for example http://www.clarkdale.az.gov/2015_Meetings/2015_Council/2015-05-12_Council_Regular/Public_Comment_Rcd_Karen_Daniels.pdf

Englewood residents do not want decreased property values caused by an unnecessary cell phone tower, and we hope that the Township wouldn't want the value of homes to fall substantially as such a decrease would be accompanied by a significant decline in property tax revenues.

WE NEED EVERYONE TO COME TO THE NEXT CITY COUNCIL MEETING ON Monday, July 18th at 6PM at the Englewood Civic Center (1000 Englewood Parkway, Englewood, CO 80110). Sizable turn-out is crucial and the most effective way to influence the board members. While our petition will be submitted to the city, in-person testimonies from residents will be the most effective method for convincing the City to stop the installation of this tower.

From Englewood's Website: "Beginning June 7, 2021, City Council meetings will be conducted in a hybrid setting. Council, Staff and the Public will have the opportunity to attend the meetings either in person or virtually. Currently, Study Sessions and Regular Meetings are being held together in the Community Room and will begin at 6pm."

Thank you for reading our petition! Please share it with everyone.

We, the undersigned, request that the City of Englewood indefinitely cancel the installation of this 5G cellphone tower and any future cell phone towers in this area. We ask that, from now on, you include the residents in this process and require approval from the affected community before any of these are installed in such close proximity to residences and schools.