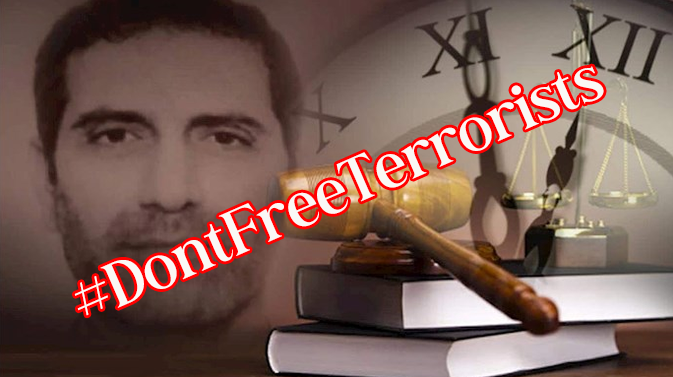 President of the Belgian Chamber of Representatives

We, as Iranian Americans, are writing to you regarding a very urgent and pressing issue. We had attended, many with our family members, the large gathering of the main Iranian opposition movement, the National Council of Resistance of Iran on June 30, 2018 in Paris. As a result, we were all subjects of the horrifying terror plot by the Iranian regime, carried out by Asadollah Assadi, who operated under the cover of a diplomat.

We have just learned that the Belgian Parliament is considering adopting a bill approved by the Belgian government, according to which convicted criminals, such as Assadi can serve their sentence in Iran! If passed, this would have very serious implications.

If the bill is adopted by the Belgian Parliament, it would set a horrible precedence and further encourage terrorism on the European soil by the Iranian regime, and would leave a black stain on the dignity and honor of Belgium. Additionally, the nightmare of the would-be victims of this terror plot in what could be the deadliest terrorist incident in Europe, would never leave us.

Once Assadi was arrested and convicted, we contacted our Members of Congress which reacted swiftly. In 2021, over 252 bi-partisan House members co-sponsored H.Res.118, which noted that the Iranian people “rejected monarchic dictatorship and are opposing religious tyranny” and recognized “the rights of the Iranian people and their struggle to establish a democratic, secular, and nonnuclear Republic of Iran.” This resolution condemned Tehran’s state-sponsored terrorist attacks against United States citizens and officials, specifically “the Iranian regime’s terror plot against the ‘Free Iran 2018–the Alternative’ gathering in Paris.” The resolution also called on “relevant United States Government agencies to work with European allies…to hold Iran accountable for breaching diplomatic privileges, and to call on nations to prevent the malign activities of the Iranian regime’s diplomatic missions, with the goal of closing them down.”

While strongly condemning the shameful March 11, 2022 treaty between the Belgian Government and the Iranian regime, we would like to urge the Belgian Parliament to uphold the values of human rights and the rule of law, and refrain from adopting any bills which includes any language that would enable such shameful act of returning a convicted terrorist to join his terror masters. Europe will not be safe, if Tehran is given a carte blanche to wage terror and easily get its terrorists off the hook.

We respectfully request that you would use your authority to remove any language in the bill that could potentially allow the regime to get its terrorists back in Iran.