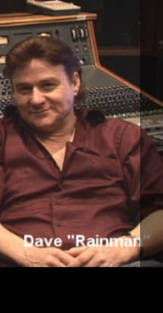 We were told the single was only going to be released in the U.S. but it was released in Europe and became one of the biggest singles in European history. We didn't learn till 16 years later. It didn't do well in the U.S.

I just want the members of "Take That" to help me get my plaques and awards that's all. I don't want to cause anyone trouble. Someone who was involved (I can name several people) to call the platinum plaque company, and call Billboard and say "Give Dave his due for making the mega hit "Sure" " That's it

It was 20 years ago and I live in the U.S. so I have been trying to reach out to anyone any way I can to help but it's difficult to get contact info on big managers etc and I tried everything positive and respectable on social media and up till now they haven't seen the need to help me.

Please help if enough people sign (especially in the U.S.) maybe Take That will have one of their assistants make the calls for me and help me get my multi-platinums and 14 Billboard #1 awards!

Here's the single Bryan and I made music starts at 3:20

Thank you for your support this means everything to me!

If this petition helps me get my awards that I've already earned I will print the names of everyone who signed it (no matter how many) and wall paper the room where I display the Billboard # 1 awards with all the names of all the people who signed it as thanks! (Unless you ask me to omit your name on my thanks wall)