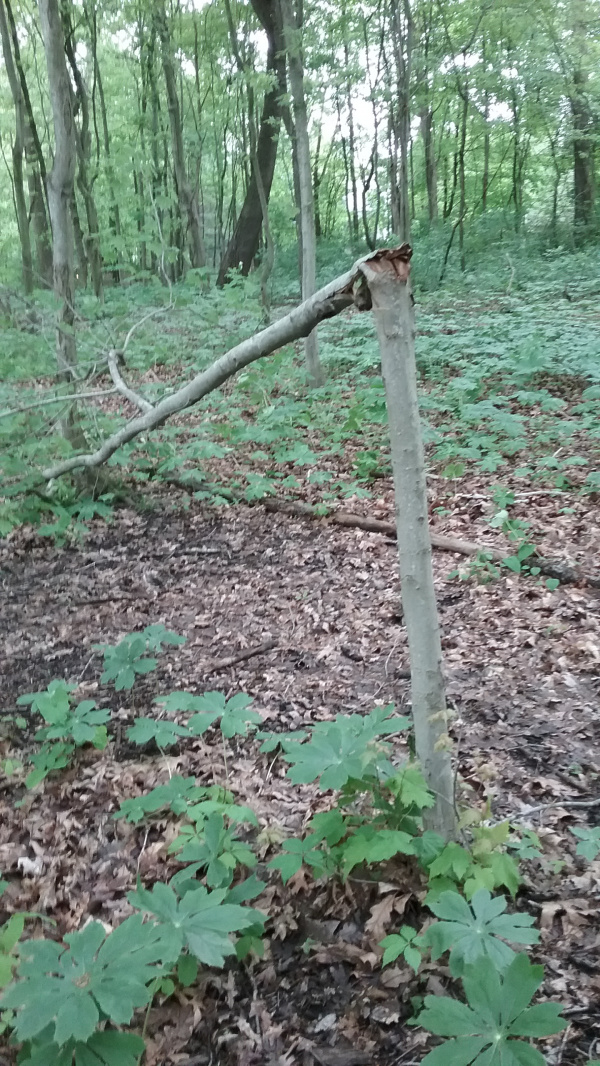 We, the undersigned, request that Oakmont Borough Council create an ordinance to protect the natural resources within Dark Hollow Woods (DHW) from--including but not limited to--malicious activities (e.g., destruction of saplings, graffiti, etc.) and invasive weeds (e.g., garlic mustard and Japanese knotweed). This ordinance will allow Borough of Oakmont police to take action and file arrests when malicious activities are identified.

Further, we ask that Council designate a qualified person or organization as responsible for the establishment of policies to protect the natural environment of DHW and ensure that human activity within DHW does no harm. Absent a master plan for the use of DHW, which we believe to be the current situation, this designated person or organization should be given the authority to review and opine on all planned physical changes in DHW such as the creation of new trails, grading of existing trails, and other activities that will influence the retention of the natural environment in DHW.

We are prompted to submit this petition in response to our observations of ongoing destruction of saplings, continued encroachment of invasive weeds, and our view that no entity specifically has primary responsibility for DHW’s natural resources. Additionally, a recent report to Oakmont police of observed intentional destruction of saplings led to the police telling the reporting individual that there is no ordinance protecting DHW from such activity, so the police can take no action. We find that situation to be contrary to the charter of DHW’s portion designated as a nature reserve and to the ongoing preservation of the benefits of the park to Oakmont citizens and visitors.

DHW is a rare treasure for a community the size of Oakmont, and should be protected and treasured by the Borough and its government.