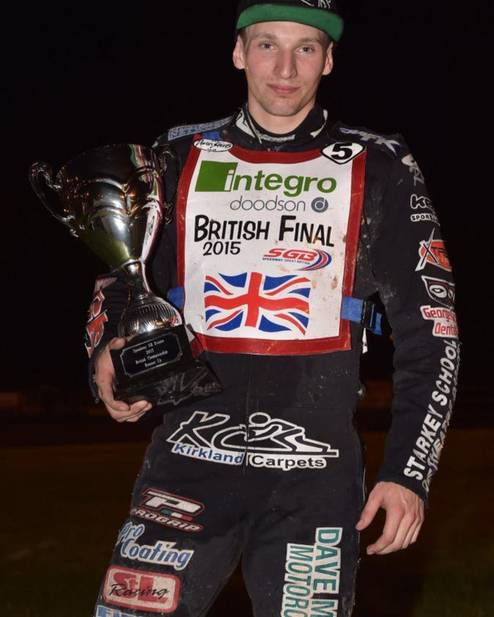 1379 people have signed this petition. Add your name now!

Rathbone has been informed the decision was made In line with rule 16.3.5 of the 2016 Speedway Regulations, which states that the BSPA management committee monitors all proposed moves and has the sole responsibility to approve all (re-)declared team line-ups having been satisfied they are in the best interests of the sport.

That conclusion appears to have been reached by the governing body even though Peterborough want to hand jobs to two British riders.

It is a setback which has left Rathbone questioning whether he can continue in speedway beyond the club's next two Premier League meetings - a trip to Plymouth tonight (Friday) and a home clash against Sheffield on Sunday, when the new-look team was due to take to the East of England Showground track.

A shocked Rathbone said: "The BSPA have told me it is not in the best interests of the sport to allow our signing of two British riders to go through - and that is something I find completely and utterly staggering.

"I'm completely disillusioned as to how we can be blocked from bringing one of the finest British riders in Craig Cook and an up-and-coming British talent in Tom Stokes into a British team in a British league when we have broken no rules.

"There is absolutely nothing in the sport's rulebook to suggest that this move cannot happen and the BSPA have failed to prove otherwise by providing me with such a ruling.

“I'm told the management committee do not want a rider to double-up between two teams with the same race-night either - even though we have only a handful of Friday fixtures and there were only three clashes between ourselves and Craig's Elite League club, Belle Vue.

"Using a guest on those three occasions was a perfectly acceptable scenario for both ourselves and Craig, who had jumped at the chance to return to racing in the Premier League. He is already in the process of having equipment brought back to the UK from Poland to facilitate this move.

"I've also been informed that Belle Vue were not in a position to give us permission to speak to the rider - something they did grant to my co-promoter Trevor Swales when he made contact with them.

"I've had messages of support from other Premier League promoters telling us what a great move we have made - not just for Peterborough but for the whole of British speedway by bringing Craig back into the league - yet now we find our plans scuppered.

“Craig was runner-up in the British Final last summer and would have won the title had the final race not been stopped.

“With champion Tai Woffinden choosing not to ride in this country, Craig is now technically the best Brit actually racing in Britain.

“He wants to compete in the top two British leagues, but is being prevented from doing that. What sort of message does that sound out to other British riders?

"I've worked tirelessly since late in 2014 to bring stability and success to Peterborough. I cannot contemplate being in a position where our crowd levels drop, something I believe could happen after our poor recent form.

"That is why I decided to act and make the exciting changes to create what we all want and what our paying supporters expect - a winning team.

"At this moment in time, I'm committed to completing our away meeting at Plymouth and the home fixture against Sheffield, but I will be seriously considering my future in the sport beyond that.

"The way I feel right now, Sunday may well be a farewell from me should our appeal over this decision not be successful.”

Peterborough must now revert to their previous one-to-seven line-up.