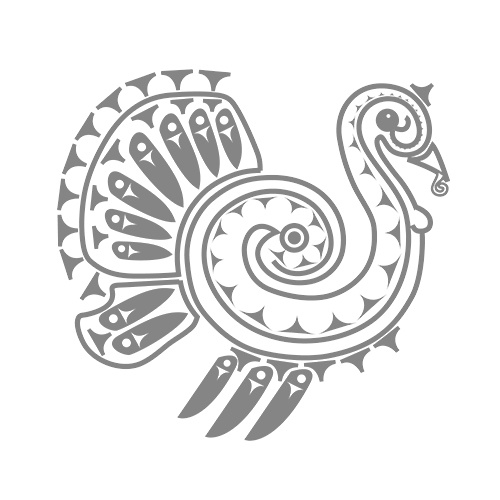 The Texas Historical Commission (THC) would like to take this opportunity to address some of the concerns expressed by commenters and signers of this petition. First, the THC wants to reassure everyone that our goal is to have the best and most accurate exhibit in the new Caddo Mounds museum. We completely agree with Mr. Earles that, "The authentic and accurate history of the people who lived here and constructed this site should be everyone's primary goal for this new visitors center." The THC plans to do just that.

When the previous exhibit was being designed, the Caddo Nation was given the opportunity to review the exhibit design and content prior to its fabrication and installation in 2015. At that time, the tribal government did not express any concerns about the exhibit design or the information it contained. After the new exhibit opened, members of the Caddo Nation who attended the exhibit opening, and subsequent events, responded positively to the exhibit. We have not received any letters or complaints expressing concerns about the exhibit’s components.

All of the items that had been displayed inside of the vitrines in the now destroyed previous installation were replica items that had been created from artifacts excavated from the site. During the exhibit design process the Caddo Nation was approached by the THC with a request that we be allowed to make replicas of additional items from the George C. Davis collection held by the Texas Archeological Research Laboratory. The goal was to show more examples of site associated Caddo items. The Caddo Nation responded that while they were fine with us using the existing replicas, they did not wish additional items in the collection to be replicated.

A portion of the exhibit design was intended to be hands-on and interactive for the museum visitor. As such, some of the exhibit items had to be replicated using composite materials to withstand daily handling by school children and other visitors. These items included baskets and large utilitarian ceramic vessels that were installed in non-protected publicly interactive spaces within the gallery. The designs on these replicas of Caddo items were based on photographs in archeological reports and other sources. Because these exhibit items would be subjected to daily wear and tear from visitors it would not be appropriate to install high quality artisan-made replicas in these areas due to their fragile nature and high cost.

Many of the replica artifacts that had been on display were destroyed during the tornado that struck the site in 2019. In the interactive portions of the new museum it may still be necessary to replicate some items from composite materials that will hold up to daily touching by visitors. It is our intention, however, to approach individual Caddo artisans to assist in creating new reproductions for display in the exhibit vitrines. The creation of these replicas was not included in the exhibit fabrication Request For Proposal that was recently posted specifically because we planned to contract directly with Caddo artisans to have as many of their items as we can afford with our available budget incorporated into the exhibit.

No reproduction items are currently being replicated because the exhibit design process for the new museum is just getting underway and no decisions have yet been made as to which items lost to the tornado will be replicated for the new museum exhibit. Additionally, on June 16, 2020, a letter was sent to the Caddo Nation chairperson inviting the Caddo to participate in both the design of the new museum and the exhibits. Although we have not yet heard a response from the Caddo Nation, we understand they are dealing with many critical issues at this time and look forward to working in partnership with them as we have in the past. In the meantime, we will continue to move forward with this project in the manner described above.

To Whom it may Concern,
The Caddo have long appreciated everything that the Caddo Mounds State Historical Site has done for us, from gatherings to business opportunities and public education. We have worked closely alongside the site to produce content and materials, and have done so with trust that the site would always have the Caddo people, of which the site represents, in its best interest.

The Caddo people have been content with the visitors center despite some shortcomings with its representation of our people and our culture. Knowing that these decisions were made in the past, they were accepted. However, now that the slate has been wiped clean, we feel like this is the time for the Texas Historical Commission to assure an accurate representation of the indigenous people of this region. The authentic and accurate history of the people who lived here and constructed this site should be everyone’s primary goal for this new visitors center.

We understand that the old exhibit plan was revised and sent for RFP, and we also understand that the Texas Historical Commission has no legal obligation to consult with the living Caddo. However, we now feel this is the perfect opportunity for you to assume an exemplary role and become a shining example of how the state and native peoples can work together in today's climate to create a site worthy of its name and applauded by all.

We are aware of items being replicated for the exhibit under the current plan that are representative of other tribes in the country, for example California tribal baskets and Taos drums. This should not be allowed to happen. There are living Caddo artists, experts and very knowledgeable cultural expert anthropologists and archaeologists all over the region that could easily distinguish what is and what is not Caddo culture. We are requesting that the exhibit’s budget cover a panel of Caddo artists and experts to inform and educate those involved in the exhibit rebuild process, before the old inaccurate representation of our cultural identity is displayed again.

Besides our above stated recommendations for the Replica art and culture portion of the new site, to more educate the public and to add even more authenticity, we feel that your budget should also cover acquiring art and cultural items from our living Caddo artists. This would be viewed as additional efforts on your behalf to engage with and support our Caddo people of today, while educating the public even more about how our people still exist.