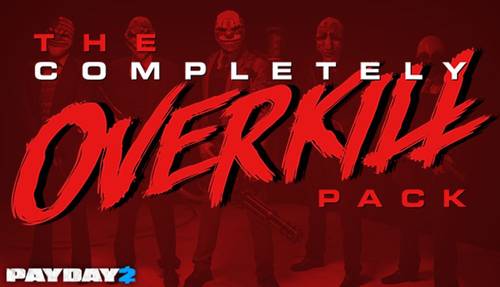 Get OVERKILL to Change The Completely Overkill Pack DLC

The goal is to convince Overkill software to change the contents of The Completely Overkill Pack, through means of a player vote of those owners of the DLC. Those who purchased this DLC took a blind shot in the dark by supporting Overkill with the purchase of a $20 DLC pack only to be disappointed with weapon skins that (as this petition hopes to show) not one person is happy about, and offering free DLC to the only players who already own all of the DLC. My proposed addition: "Mega" versions of all remaining character masks, though my fellow community members should have the final majority say in the matter.

EDIT: Let me be explicit, this petition isn't to say "frik yu ovk" as is most of the forums. I started this because I know those who bought this DLC were truly hurt and let down by a company who seemed so far a cut above the rest. This is a call for communication with Overkill to listen to the real feedback, and form some sort of agreement on professional terms. I do not believe for a second we'll get our money back, Overkill would have to shell out a million dollars over night, which just isn't possible. However, one suggestion I have heard would be to issue out a "Season Pass" that can be redeemed for any one future DLC of the users choice. This provides something of legitimate monetary value for the COP owners, without causing Overkill to file for bankruptcy.