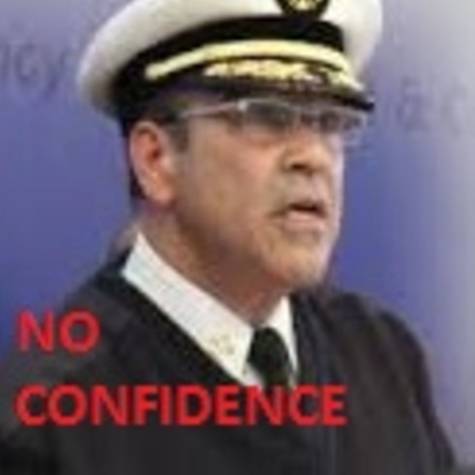 Unanimously approved on September 21, 2016 by the Chicago Fire Fighters Union Local 2 Executive Board

On July 12, 2016, well-respected Arbitrator Jacalyn Zimmerman issued her Opinion and Award in Lt. Steve Spallina’s grievance regarding his 60 day suspension. Arbitrator Zimmerman is a member of the National Academy of Arbitrators and is a former General Counsel of the Illinois Labor Relations Board. In her Award she sustained the grievance, finding that there was no just cause for the suspension, that Spallina “was not guilty of insubordination” and directed the Employer to make Spallina whole for the losses he suffered. These losses include not just salary, but duty availability pay, specialty pay, health insurance premiums, Con-Ed pay and lost overtime opportunities.

It is well established that an employee who disagrees with an order should “obey now, grieve later.” Arbitrator Zimmerman, however, based her ruling on a narrow exception recognized by numerous arbitrators and well established labor law treatises, which state as follows: “An employee may refuse to carry out a particular work assignment if, at the time . . . he reasonably believes that by carrying out such work assignment he will endanger his safety or health.” In her award Arbitrator Zimmerman pointed out, “this exception applies equally where, as here, an employee invokes it on behalf of other employees rather than himself.”

Regarding the issue of suspected Ebola as related to Spallina by on-the-scene members, the Arbitrator found: “Any reasonable person with only that knowledge would resist sending another member into such obvious peril,” and Spallina “had an entirely reasonable fear that detailing one of his members . . . would pose a grievous risk of harm - which went well beyond anything inherent in the profession.”

We were recently informed that the Department is going to court to seek to have the Arbitrator’s decision overturned on the basis that it is against “public policy” - that firefighters would stop doing their “inherently” dangerous job because of this decision.

In our view the Department’s position is without merit and grossly insulting. In seeking to set aside and overturn Arbitrator Zimmerman’s well thought out Award, the city not only disregards the actions Spallina took to protect the health and safety of his company, but it is a disservice and insult to our membership as a whole. Our membership on a daily basis, perform their duties and serve the interest of the public in situations that are inherently dangerous. It is clear that the Department holds the health and safety of the members of Local 2 in low esteem and disregard.

Sign on as a proud member of Chicago Fire Fighters Union, Local 2, standing in solidarity with our brothers and sisters by expressing your disappointment in the CFD’s decision to challenge this final and binding arbitration award.

Unanimously approved on September 21, 2016 by the Chicago Fire Fighters Union Local 2 Executive Board

*** Please disregard the donation page after you sign the petition, we are NOT seeking any money. That page is solely for support of the Ipetition website company ***