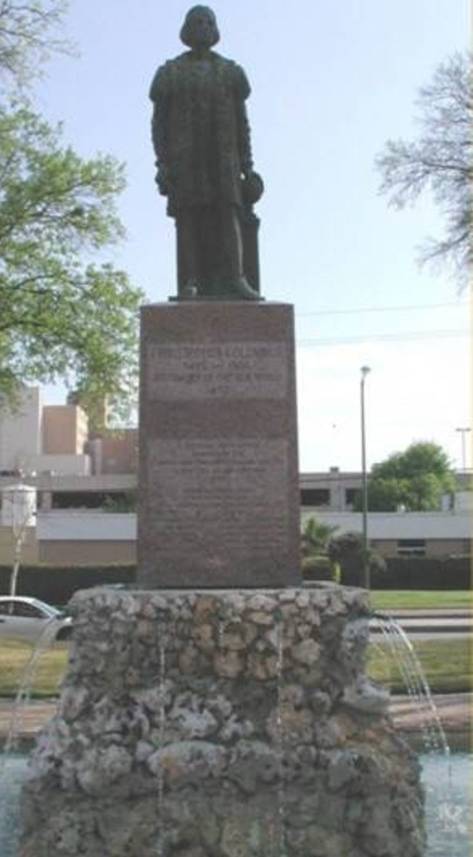 PETITION TO THE CITY COUNCIL OF THE CITY OF SAN ANTONIO, TEXAS

WHEREAS, a significant element of the Italian-American heritage in San Antonio is threatened; and

WHEREAS, the threat derives from a very small group of people who associate themselves with the defunct Texas Indigenous Council (TIC), and who have made public their desire that the city's Piazza Di Colombo Park (Christopher Columbus Park) be renamed "Indigenous People's Park" and that the statue of Christopher Columbus, the famed explorer, be removed from the park;

WHEREAS, this petition is for those who wish to be recognized by name as supporting the position in said notice, which states as follows:

The park is a central element in the historic heart of the San Antonio Italian-American community, which formed beginning in the 1890s. Italian Immigrants thereafter built the San Francesco di Paola Catholic Church and the Christopher Columbus Society Hall, both of which still exist side-by-side with the park on Martin Street at the northwestern edge of downtown.

A national holiday honoring Columbus was proclaimed in 1937, and the park was named for him by the San Antonio City Council in the early 1940s. The statue of Columbus was forged in Italy and was dedicated to the City of San Antonio for placement in the park in 1957. Both the park and statue acknowledge the man who navigated and led the first Spanish voyage to America for the intended purpose of establishing a new trade route to India and China.

We San Antonio residents of Italian background strenuously assert that the park name and statue should remain as a historic reminder of our beloved heritage and the Italian community. It represents a physical acknowledgment of our contributions to San Antonio culture.

If the City Council wishes to acknowledge and honor indigenous peoples, there should be no problem in finding another park with no historical connection to our proud Italian descendants and our original Italian neighborhood site in San Antonio.

NOW THEREFORE, in support of the Italian community and the proposition stated above, we add and evidence our plea to the City Council

*Not licensed to practice medicine in the State of Texas