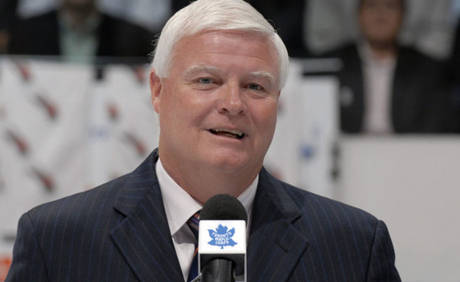 3429 people have signed this petition. Add your name now!

Joe Bowen is truly "The Voice of the Maple Leafs" but in 2014- it was announced that he would no longer do commentary on televised mid-week Toronto Maple Leafs games on both the TSN and Sportsnet networks.

The Blue N' White Tonight Podcast is a weekly Toronto Maple Leafs Online Radio Show made FOR THE FANS- BY THE FANS! Check it out at: https://soundcloud.com/bnwt-podcast

With that in mind, we have decided to use that platform to let the networks know that when this young Leafs team gets to the playoffs once again there is only one voice that we wanna hear doing play by play on those games.

This petition has been started to have our voices heard as fans who tune in to watch these games on a regular basis. This is in no way a knock against the gentlemen who are currently providing the play by play on these broadcasts but they simply don't do this new young and exciting Leafs team the justice that they deserve.

In fact, there is only ONE MAN who can do that! Sign this petition and share it with every Leafs fan you know. It is time to BRING BACK BOWEN!