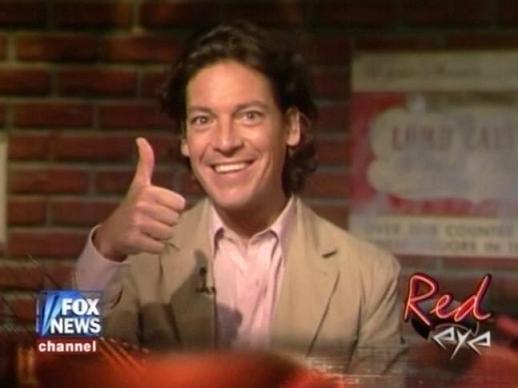 We request that BILL SCHULZ return to the panel of Red Eye on FOX News!

On the deep night / early morning broadcast of "Red Eye" on November 22, 2013, host Greg Gutfeld announced that BILL SCHULZ would not be on the show any longer. No details were provided nor has there been anything mentioned on Schulz's page on Twitter.

The slightly wonky, yet profound, Schulz was a main reason why thousands literally tuned in to "Red Eye" to keep us company as we wax rhapsodic over the political nonsense coming from D.C.

No one has ever had the ability to gaze deeply into the camera lens and bore into the souls of the viewers quite like Schulz.

Bill Schulz has been part of "Red Eye" since the beginning and the show is not the same without its token "repulsive sidekick".

We ask that FOX News send a overwhelmingly massive gift basket of food, sundries, and dog toys to Bill Schulz and, on bended knee, request that he quickly return to his proper place before the cameras.